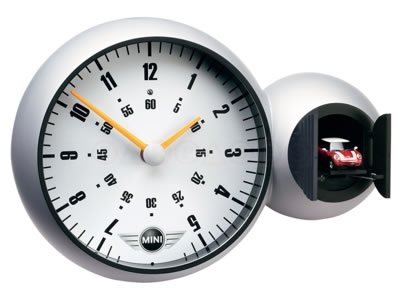 The current Clubman Cuckoo Clock on the MINI MotoringGear website is the second version of the second generation cuckoo clock.  Shown above is the original (first generation) MINI Cuckoo Clock.  On the hour the Chili Red MINI would start up, appear from its garage, rev its engine, and sound its horn.  The clock had a light sensor to turn off this feature at night.