In the Street Tuner (ST) class, Sarah Cattaneo led an abbreviated session and will lead 33 cars to the green flag for that race.

Cattaneo drove the No. 197 Cruise America/Four Winds RV Mini Cooper S to a time of 1:31.810 (90.186 mph). Her time came midway through the session, which ended prematurely when Gunter Schmidt – driving the No. 22 Sick Kids Foundation/C&P Cross Border Chevrolet Cobalt SS – hit the wall in Turn 1, causing severe front end damage to the car. Schmidt was not seriously injured in the incident.

Cattaneo, who is in her first full season with RSR Motorsports, becomes the first female driver since Valerie Limoges to win a pole position in the series since 2007. Limoges also accomplished her feat at Homestead-Miami Speedway. Cattaneo’s co-driver is VJ Mirzayan, and the duo’s car was among the fastest in morning practice.

“RSR Motorsports put together a great car for me,” Cattaneo said. “I got a great tow off of one of the Jettas. He took me all the way through three and four. That’s basically how I got my fast lap.” 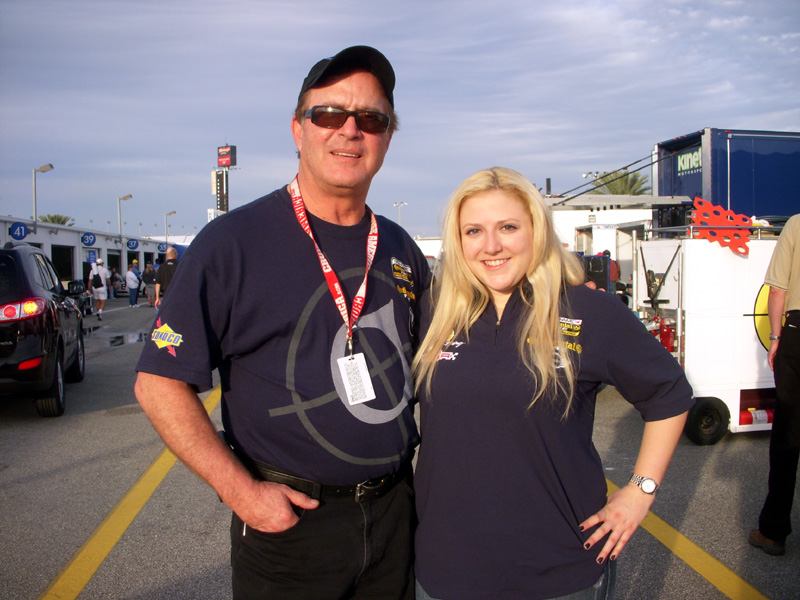