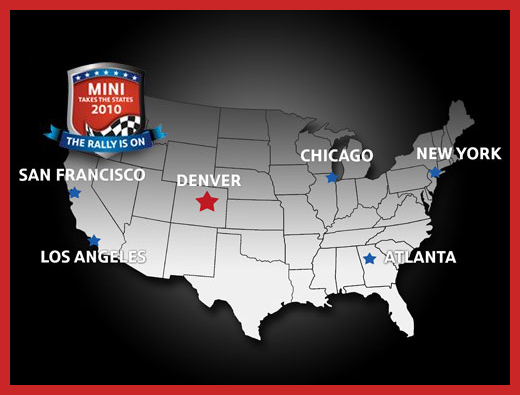 MINI USA has officially released the first announcement of MINI Takes the States 2010 including the dates of the main event.  According to MINITAKESTHESTATES.com, the main festival will take place in Denver on August 13-15, 2010.  Five nationwide rallies will begin in Atlanta, New York, Chicago, San Francisco, and Los Angeles but no further dates or details have been given yet.  Event registration will begin in mid-May.

You can watch for more details on the official MINI Takes the States website or on MINI USA’s Facebook page.