MINI is well-known for its product placements in newspapers (Weekly World News), movies (The Italian Job and Marmaduke), and live events. Recently, MINI has moved into music videos.  From the New York Times article “Product Placement Grows in Music Videos”:

Atlantic’s video for “Billionaire,” the hit song by Travie McCoy that features Bruno Mars, includes a paid placement of a Mini Cooper. The two artists ride in the car and then Bruno Mars gives it away to a man looking for a ride. The video has been viewed more than nine million times on YouTube.

But the number of views of any one video remains unpredictable, and that’s one reason Kathy Findling, president of Creative Entertainment Services, a marketing firm that specializes in product placement, said that her company did few music video deals. It’s easier to estimate the number of viewers of a coming television show, she said.

The music video deals often develop because a brand is already associated with an artist — by sponsoring a concert tour, for example. Each deal comes with a degree of risk, though.

Mr. Feldman said it was important to the label and its artists that the video avoided being seen as a commercial for any product (aside from the artists themselves, of course).

In the case of the “Billionaire” video, Mr. Feldman said the Mini Cooper placement worked because a car was needed, and while it was in several shots, the car itself was not the main attraction.

The musicians have the final say over whether a product can be included, he said, and Atlantic has turned down opportunities because the placement would not have appeared to be natural.

Owen Shively, who handles the music deals for UPP Entertainment Marketing, a product placement firm in California, said it was in the brand’s interest to make the placement look as seamless as possible, too. 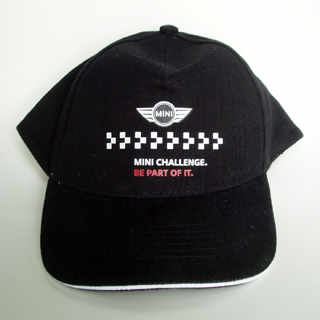 MINI CHALLENGE is a MINI-only racing series in the UK, Germany, and Australia.  Naturally there are souvenir and promotional items available and we’ll feature some of them this month.