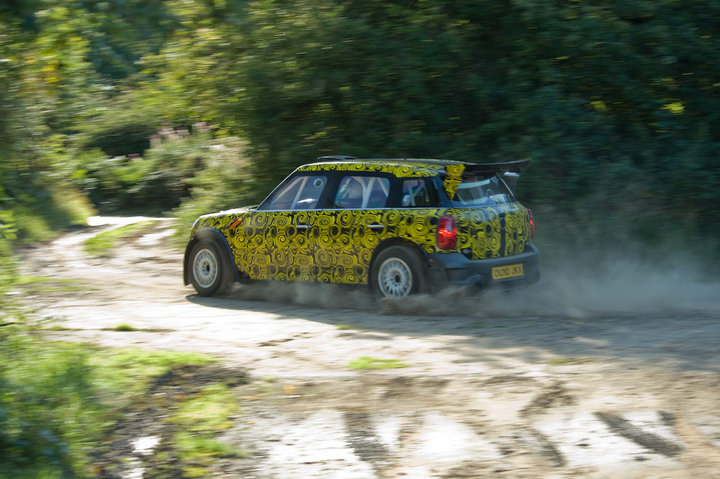 First MINI picture: This picture of the new MINI Countryman WRC was taken at our proving ground in Warwickshire. The car has successfully completed its shakedown phase. This initial part of the car’s test and development programme took place with the engineering team driving the car over four days, primarily on tarmac, but also including several kilometres on loose surfaces and Prodrive’s low grip facility. The car will now travel to Portugal for a week of testing on gravel.
This first test car is running with an interim body and aero package, while design of the final World Rally Car bodywork is underway.