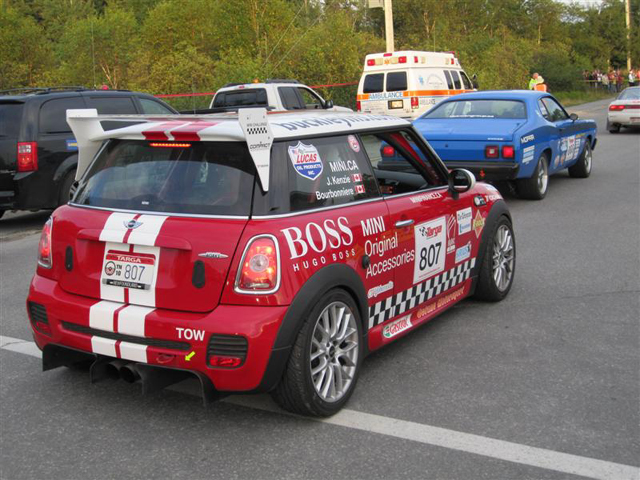 The Open Division, I mean.

But this afternoon was quite the roller-coaster ride.

At the start of Day Five, it turns out we had a substantial if not insurmountable lead over Roy Hopkins and Adrienne Hughes in the Dodge Dart Demon for the Open Division championship.

They had slid off the road on Day Three, banging the car up quite a bit, but they were determined to get their finishers’ medal.

So all we basically had to do was keep our Mini on the island, and we’d be good.

Unfortunately that didn’t happen and the no. 807 MINI had a breakdown near the end of the final stage.  After checking the rules and doing some calculations, the MINI team of Kenzie and Bourbonniere were declared the Targa Open class champions.

You can also see the rally results on the Targa Newfoundland website.