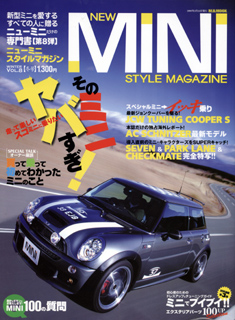 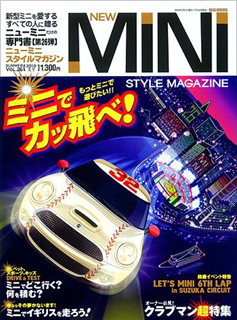 Japan has been a big market for MINI going back to the classic Mini days.  Sales to Japan helped keep the Mini going during the 1980s when sales elsewhere declined.  Japan probably has more MINI magazines than any other country.  We previously featured MINI SPIRITS magazine.

New MINI Style Magazine is another long-running Japanese MINI magazine.  It has been published quarterly since Spring 2004.  The current issue is Summer 2010 Vol. 26 (shown near left).

Buy current and back issues from Amazon.co.jp.