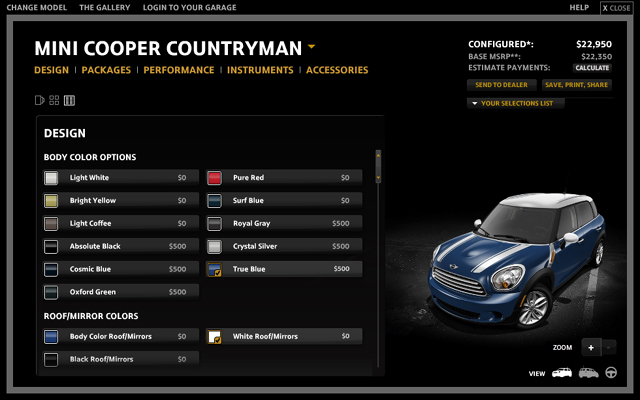 As of today, it is now possible to configure a 2011 MINI Countryman on MINIUSA.com. 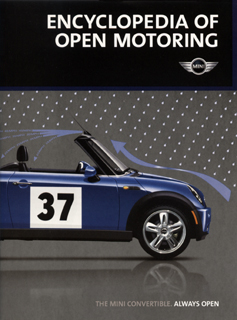 Issued at the launch of the original MINI Convertible in 2004, the Encyclopedia of Open Motoring was a brochure and an ad insert.

The 18 page stapled booklet answered the common questions about open motoring in the MINI Convertible.

The ad version can be found in the following magazine issues: