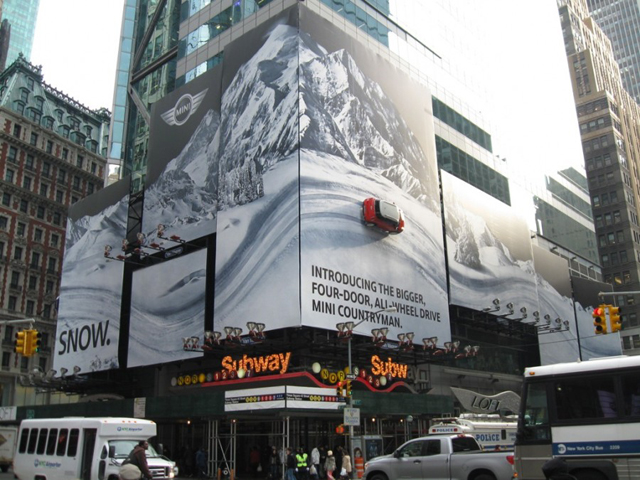 Amidst the clutter, neon and noise of Times Square we used the launch of the all-new four-wheel drive MINI Countryman to do something simple, quiet and, dare we say, beautiful. The eight panel OOH takeover has two fiberglass Countryman mounted on an idyllic mountain scene with the words: Let it Snow. 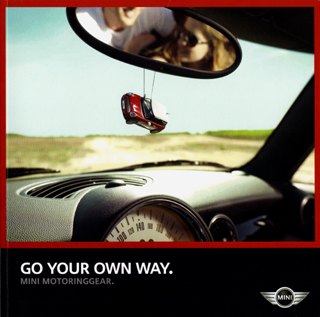 The new MINI MotoringGear catalog is now available at your local MINI dealer.

GO YOUR OWN WAY.

The 60 page, square-backed catalog was created at the end of 2010.  It is mostly an update to the 2009 MINI MotoringGear catalog. 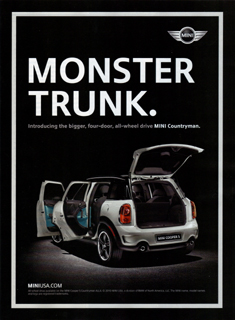 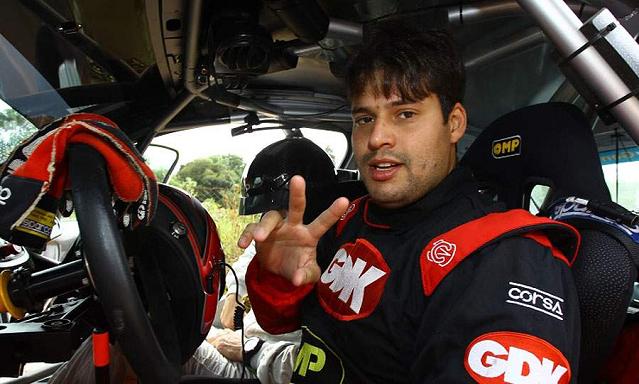 A Brazilian team has purchased a MINI Countryman WRC from Prodrive and plans to enter the WRC Super 2000 division as early as March before moving up to the WRC division later.

Portugal’s Carlos Magalhaes also joined the team as Oliveira’s co-driver. The duo first teamed up in October during a rally in Scotland.

The Brazil World Rally Team will be run by Prodrive, the famed British firm that specializes in engineering and preparation of race cars.

The team plans to compete in 10 rounds of the 2011 World Rally Championship season and will begin its season at the Rally de Portugal in March. The team will start competing with a Super 2000-specification Mini Countryman before switching to the WRC version of the Mini Countryman later in the season.

The 25-year-old Oliveira had a chance to test the WRC Mini Countryman with Mini driver Kris Meeke at Prodrive’s test track in Warwickshire, England. 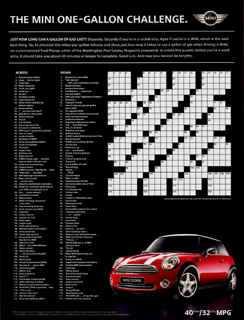 This crossword puzzle ad comes from 2007 and features the increased fuel efficiency of the second-generation MINI Cooper.

JUST HOW LONG CAN A GALLON OF GAS LAST? Depends. Seconds if you’re in a rocket ship. Ages if you’re in a MINI, which is the next best thing. So, to simulate this miles-per-gallon miracle, and show just how long it takes to use a gallon of gas when driving a MINI, we commissioned Fred Piscop, editor of the Washington Post Sunday Magazine crossword, to create this puzzle. Unless you’re a word whiz, it should take you about 40 minutes or longer to complete. Good luck. And may your lexicon be lengthy. 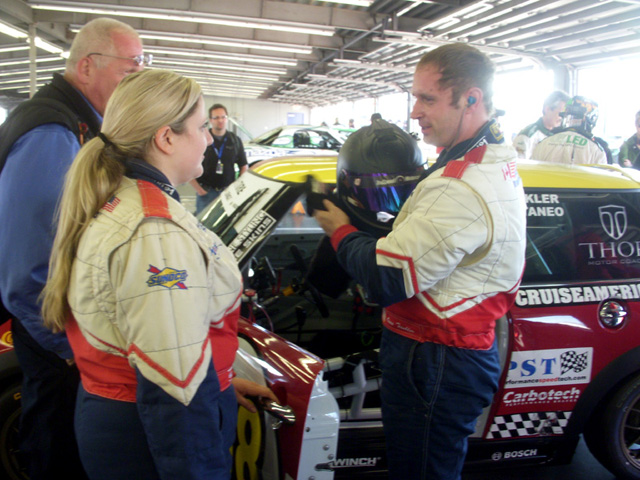 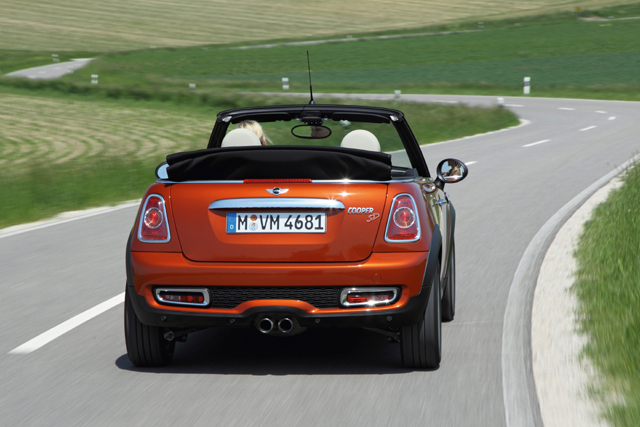 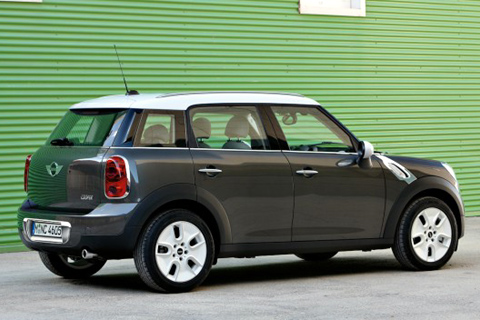 The world’s oldest and most distinguished design award was called into being in Chicago in 1950 by the architects Eero Saarinen, Charles and Ray Eames and Edgar Kaufmann Jr., and is presented to this day by the Chicago Athenaeum and the European Centre for Architecture, Art Design and Urban Studies. For six decades now, this coveted prize is conferred on designers and manufacturers for particularly innovative and visionary products, concepts and ideas that reach beyond the bounds of ordinary product design. Not the least of its aims is to raise public awareness of contemporary design and related sustainability issues.

The selection of award winners is based on the criteria of function and aesthetic as originally laid down by Saarinen and Eames, and is complemented by an environmental stipulation for sustainable design, in keeping with the times. In 2010, an independent jury of design experts and architects made their selection from a record number of submissions from 37 different nations, and picked out more than 500 product and graphic designs to receive the GOOD DESIGN Award.

The MINI Countryman is the most expansive interpretation of the MINI design language. As the first MINI to feature four doors and measure more than four metres in length, the MINI Countryman’s typical MINI design leaves no doubt as to its kinship with the brand. Within the product family, the newcomer stands out with its striking exterior that features faintly pentagonal headlights, a new-style “helmet” roof and three-dimensional, vertically aligned rear lights. The interior design likewise accentuates the practicality and robust character of the MINI Countryman.