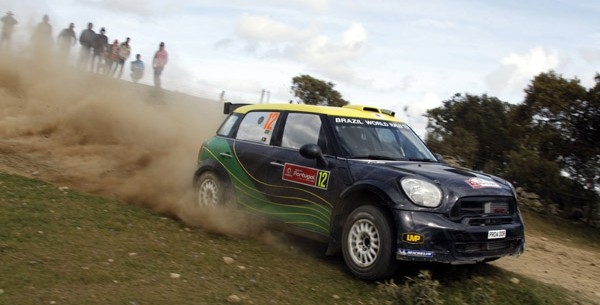 Unfortunately, after four days of competition and more than 385.37 kilometres of tough stages, Oliveira’s  MINI stopped within the last stage of race with a broken suspension, 13 kilometres from the finishing line. Daniel couldn’t fulfil his aim of finishing his first event in the WRC. However, the general outcome was highly positive for him and the team.

Read the article Positive first outing for Oliveira and Brazil WRT and see photos on the BWRT Facebook page.

Armindo Araujo and Motorsport Italia/BAMP were in 7th after the first day, but suffered a tire puncture on SS11 on day 2.  They retired during SS12 with engine problems according to Rally Buzz.