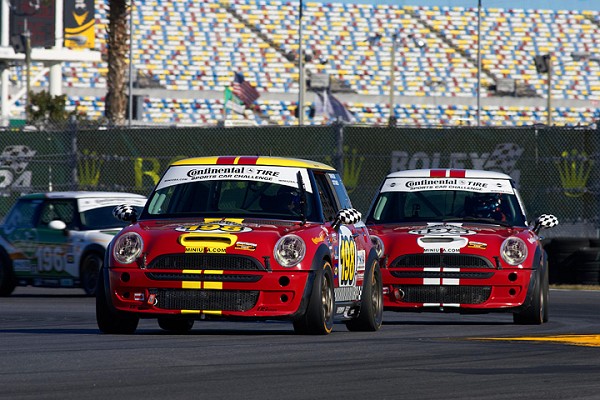 RSR Motorsports put two cars in the top ten today taking 6th and 7th place at the Bosch Engineering 200 at Virginia International Raceway.  This was the fifth race of the 2011 GRAND-AM Continental Tire Sports Car Challenge season. The team fielded four MINIs for the first time.

Ron Farmer and Jason Hart took 6th place in the No. 196 MINI followed closely by Sarah Cattaneo and Owen Trinkler in the No. 198 MINI.

Team owner Randy Smalley was back behind the wheel after his illness with the new No. 197 MINI. He completed only 15 laps before leaving the race. The fourth RSR Motorsports entry was the No. 195 MINI driven by VJ Mirzayan and Dicky Riegel which finished on the lead lap in 19th place.