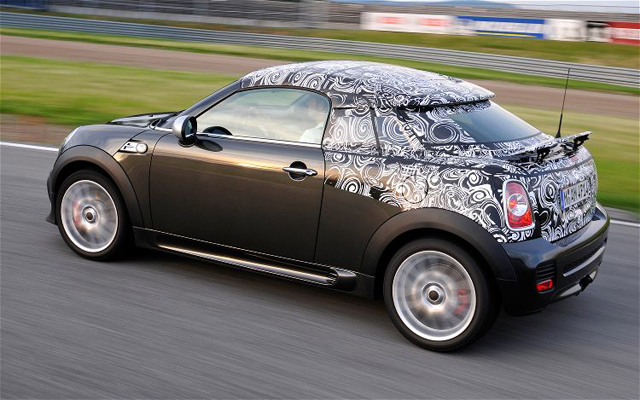 Automobile magazine sent a writer to Austria to test and review the forthcoming 2012 MINI John Cooper Works Coupe (or Coupé as it is known as in Europe).

Yes, indeed. It’s based on the current Mini Cooper Cabriolet chassis and shares its powertrains with other Mini models. We drove only a top-of-the-line John Cooper Works version at the Wachauring racetrack in Melk, Austria, about an hour from Vienna. In late September, we will have the opportunity to drive the base Mini Cooper Coupe and the Mini Cooper Coupe S.

As I become more familiar with the track and the car, Aaltonen decreases the role of the electronic nannies. Before long I’m rotating through the sweepers smoothly, following Aaltonen’s advice to keep the revs way up on the turbo 1.6-liter four and to accelerate sooner rather than later out of corners.

Some important specifications taken from this article include: