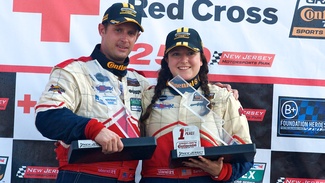 RSR Motorsports took first and second places in the GRAND -AM Continental Sports Car Series B+ Foundation Heroes 200 in New Jersey yesterday.  The No. 198 MINI defended its win there last year.

The team of Sarah Cattaneo and Owen Trinkler and got the win, beating out teammates Tom Dyer and Chris Puskar in the No. 197 MINI.  Puskar was a last-minute substitution for Randy Smalley who withdrew due to health problems.

Two other RSR Motorsport entries were VJ Mirzayan and Chris Sarian in the No. 195 MINI who placed 15th and Ron Farmer and Jason Hart in 20th place in the No. 196 MINI.

The race will be broadcast on SPEED at 3:00pm on Saturday, July 30.

GRAND-AM posted a video of interviews with the winning drivers.  The portion with Sarah and Owen begins at 1:26.  Watch the video. 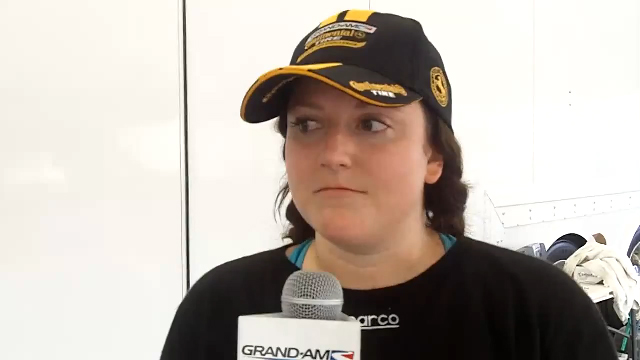