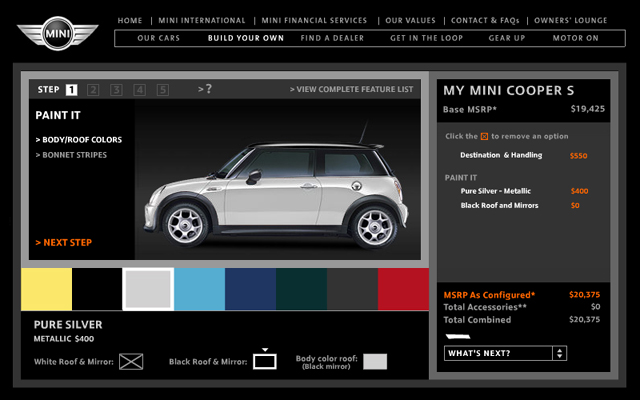 With MINI beginning its 10th year, we have compiled the MINI model pricing figures in the US since the launch in March 2002. The prices shown are the Manufacturer’s Suggested Retail Price (MSRP) which includes the Destination and Handling Fee shown. 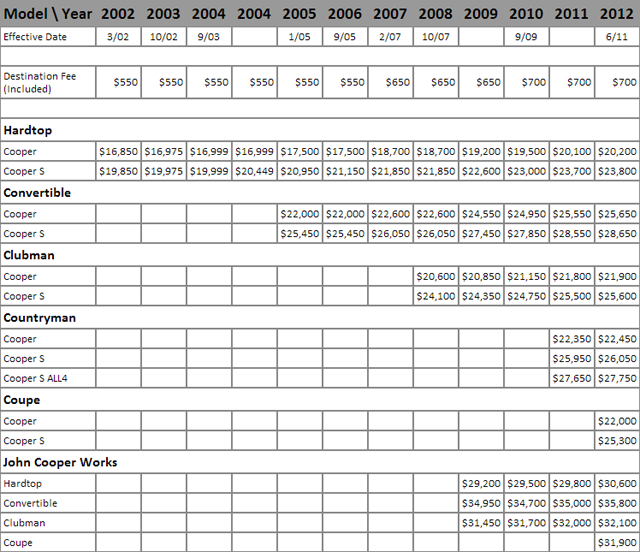