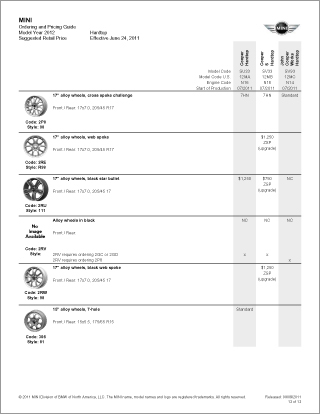 MINI USA has released the MINI Ordering and Pricing Guide for model year 2012 for every model in the MINI family.  The guides contain model codes; engine codes; base prices; option codes; and standard and optional features descriptions, availability, and prices.  The option packages are shown with their individual options.  The final section has wheel options with images (see image, right). 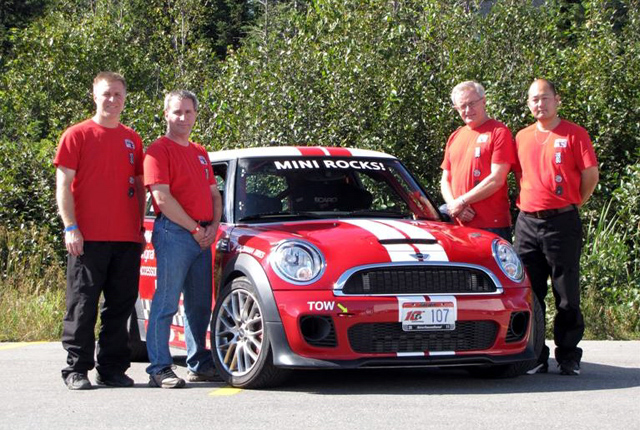