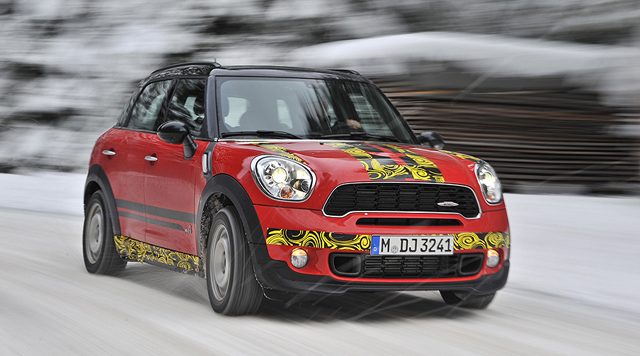 Early images have leaked of the forthcoming John Cooper Works Countryman.  It appears similar to the Countryman with the JCW Aerokit but might have some added details which are hidden in the photo.

The website Classic Driver reportedly took a test drive in the JCW Countryman prototype.  According to the article, the newest JCW family member will debut in Geneva in March.  It will have the same 1.6 L engine but will produce around 220 hp.  Unlike the other JCW MINIs, the JCW Countryman will get an upgraded suspension and will sit about 1 inch lower.

Read the Google translated version of the article Prototype Drive in the New MINI Countryman JCW.

Autocar also has a short article and photos: Mini Countryman JCW on the way.