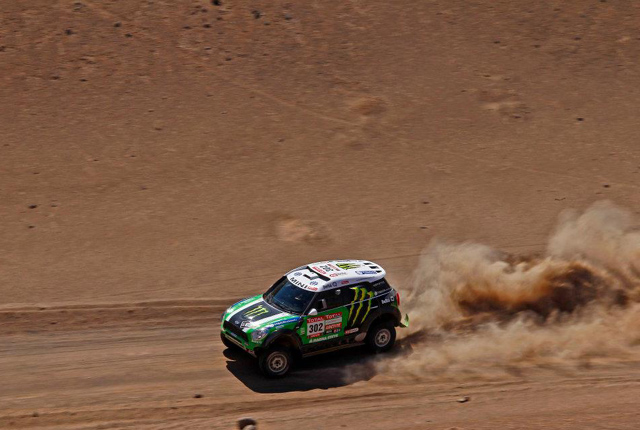 MINI has won the 2012 Dakar rally.  More exactly, X-raid Team driver Stéphane Peterhansel and co-pilot Jean-Paul Cottret won the South American rally in their No. 302 MINI ALL4 Racing.  There is another MINI on the podium as the X-raid Team MINI No. 305 took second place.  All five X-raid Team MINIs finished in the top ten.