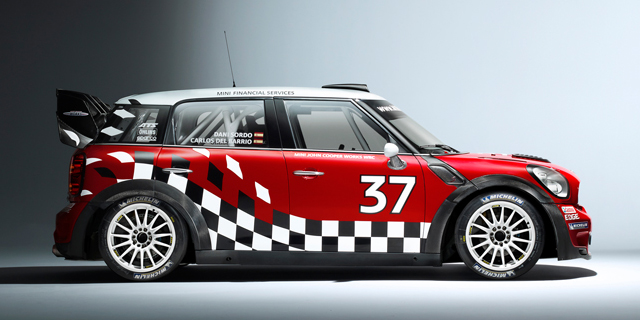 Today begins the 2012 World Rally Championship season with the start of the famous Rallye Monte-Carlo.

The MINI WRC Team is back for a full season this year.  Dani Sordo will again pilot the MINI John Cooper Works WRC No. 37 and hope to live up to that historical car number.  Kris Meeke will be back in a select number of rallies, but former private-team MINI driver Pierre Campana will drive Meeke’s No. 52 MINI in Monte Carlo.  Campana will have a female navigator, Sabrina de Castelli.

Some private teams return, as well.  The Armindo Araujo World Rally Team from Portugal will race the full season as well as Paulo Nobre from Brazil.