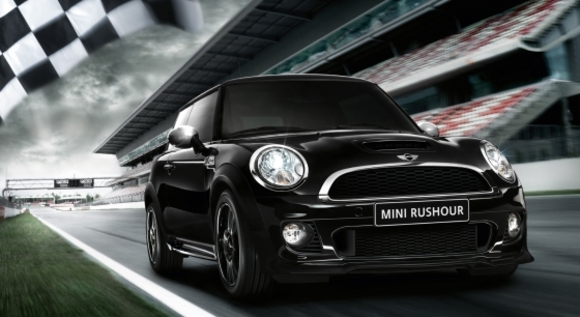 In a somewhat vague article on MINI Motorsports, MINI announced a new racing series in Italy called MINI RUSHOUR.  Rather than use MINI JCW CHALLENGE vehicles, the MINI RUSHOUR will use a modified MINI Cooper S.

Here are the ingredients: the MINI Cooper S, the famous go-kart feeling, performance and a specially developed racing kit plus low costs to make the races more accessible than ever. The riders will compete in two races on MINI darting for 60 minutes of pure competition.

This means that MINI United 2012 will include a race, as MINI RUSHOUR begins its six-race season at Circuit Paul Ricard during the festival.