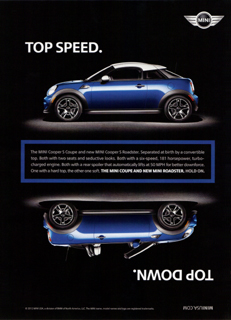 This print ad can be found on page 4 of the May 2012 issue of Car and Driver.