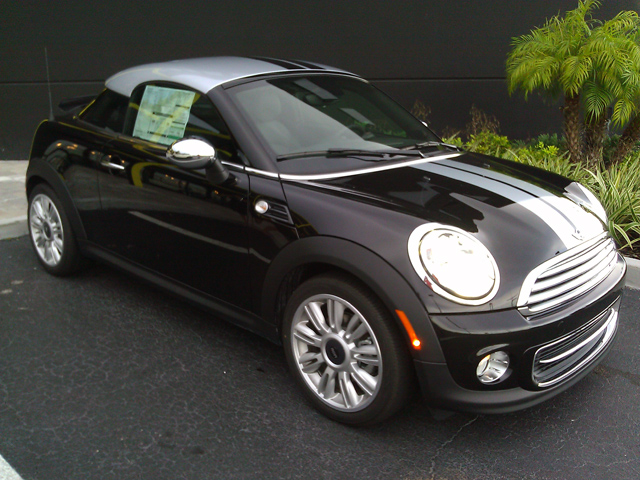 Three MINI models have won the “Residual Value Champions” award: the MINI Cooper Coupe, MINI Cooper S Countryman ALL4, and the MINI One.  The awards are given to the vehicles expected to retain the highest percentage of initial value after four years.

Munich. Driving pleasure, premium quality, efficiency and distinctive design are enduringly sought-after attributes, and they have helped four models in the current BMW Group range to secure a class win in the latest list of the “Residual Value Champions”. Published by the online version of Focus magazine, the rankings for the highest value retention models in the German car market see the MINI One, MINI Cooper Coupé, MINI Cooper S Countryman ALL4 and BMW X3 xDrive20d each taking the top slot in their segment. In the eyes of market observers, value depreciation for these models is expected to be particularly low, making them the best investment compared to their class rivals.

The rankings for the “Residual Value Champions” are based on predictions generated by the Saarbrücken market research institute Bähr & Fess Forecasts on the value curve of new models in 14 vehicle classes. To this end, the car market experts estimated the resale value after four years of a vehicle registered in 2012. The assessment proved particularly favourable in the case of the MINI Cooper Coupé. Freshly launched onto the market, this two-seater claimed a clear lead ahead of its class competitors not only in the percentage calculation but also in terms of absolute figures.

In assessing the potential value depreciation of a vehicle, the market observers take a wide range of data into account, including the purchase price, vehicle properties, brand image, and results in comparative tests and customer surveys. Beyond this, superseding facts such as the quality of competitors in the segment and general market developments are included in the evaluation.

Most recently, a car’s efficiency has also had a significant bearing on value retention. With their outstandingly low fuel consumption and emissions figures, BMW and MINI premium models are consistently building up credit that also has a positive impact in the resale value rankings.

The assessment of value retention is an important criterion for potential customers when it comes to choosing a car. After all, depreciation is a crucial cost factor the extent of which often only becomes clear when a vehicle is sold on. Models that are in demand in the used car market as well therefore have a better chance of making it into the ranks of the residual value leaders. The MINI Cooper Coupé is a good example, its resale value after four years being estimated at 57.5 per cent. The BMW X3 xDrive20d (57 per cent) likewise represents the best investment in its class. Matching it in value retention is the MINI Cooper S Countryman ALL4, which repeats its success of last year. In the small car category, the MINI One boasts the most stable value in the German market at 56.5 per cent. Beyond this, BMW and MINI models from the current range have made it into the top three in four more vehicle segments. The MINI Cooper Roadster, for example, is runner-up in its class with a particularly high residual value of 59.5 per cent.

See the press release Outstanding value retention: three MINIs and a BMW are among the latest “Residual Value Champions”.

Just a day before MINI United begins in France, MINI has released an iPhone app which connects with Facebook.  The purpose is simple, share photos of MINI United:

Share and explore your favorite moments from MINI United 2012 in Le Castellet, France right as they happen.

If you don’t have the iPhone app, you can still share photos through the Facebook app itself.