Munich. With two seats, five doors and wall-to-wall MINI style and personality, the MINI Clubvan – the world’s first premium compact delivery van – has it all. With this groundbreaking model, based on the MINI Clubman platform, MINI is translating the brand’s hallmark driving fun and inherent charisma to new applications aimed at the urban user. As the first premium vehicle of its kind, the MINI Clubvan sets new standards of style, quality and driving fun in the small car-based van segment. For the first time, trend-conscious commercial users can now make a stylish and sophisticated statement when carrying out deliveries to their equally discerning customers.

The enhanced functionality offered by the MINI Clubvan is based on a closed-off load area extending from the rear doors right up to the driver’s and front passenger’s seats. Cargo can be easily accessed either through the wide-opening split rear door or via the right-side Clubdoor. With its two-seater configuration, its fixed partition between the passenger compartment and load area, and its opaque, blocked-out rear side windows, the MINI Clubvan is classed as a commercial vehicle and therefore taxed at a lower rate. So as well as being the world’s only premium model in its segment, the Clubvan is also the first MINI commercial vehicle.

From the announcement we know these exclusive features of the MINI Clubvan:

Read the entire press release Handle with care, deliver in style: the MINI Clubvan gets ready to roll up. 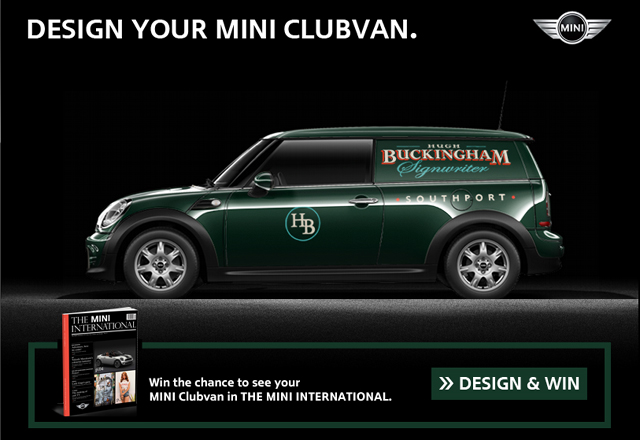 Now that MINI has made the MINI Clubvan official for production.  MINI has released the MINI Clubvan Designer Facebook app.  The app within Facebook lets you design the side graphics on a Clubvan.  You can even submit your design to The MINI International and have it appear in the magazine.

See the Library of Motoring bookmobile below. 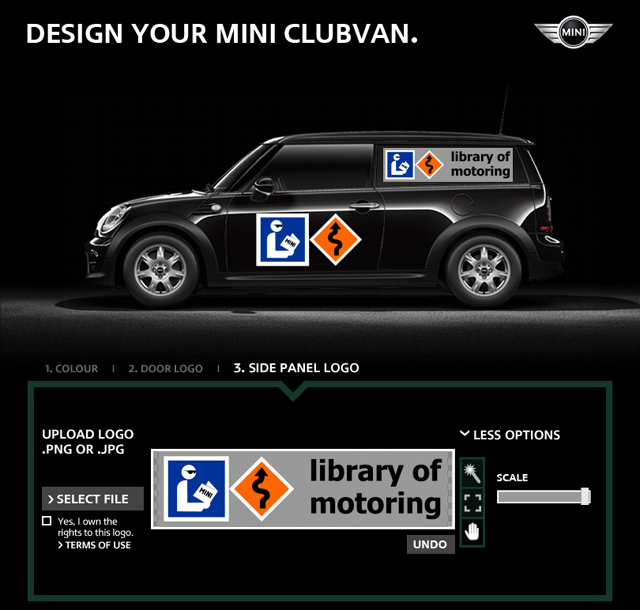