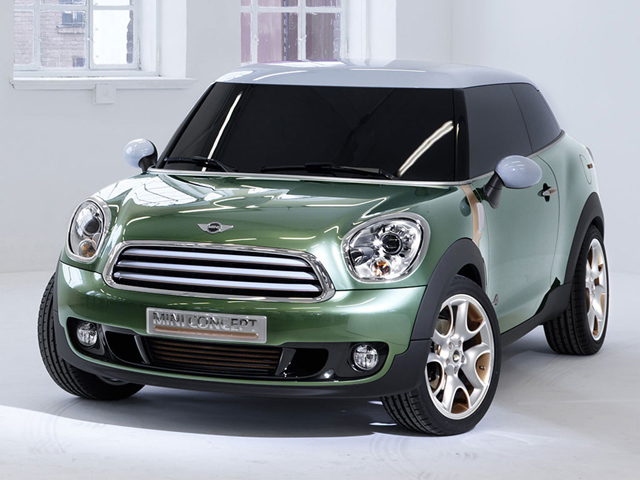 At the start of MINI Takes the States 2012, Dr. Kay Segler took the opportunity to announce that the MINI Paceman would retain that name for production.  Many sources had speculated that the vehicle would simply be called the MINI Countryman Coupé.

Dr Kay Segler, Senior Vice President MINI Brand Management, joined the field for the opening stage of the event, which led the drivers from MINI USA’s Woodcliff Lake headquarters in the north of New York City to the US capital Washington. Segler had used the opening ceremony to acknowledge the rapid development of the brand in the USA and look ahead to the next stage in the growth of the MINI model range. “We will continue to expand the MINI family,” said Segler, “and, in so doing, build on our global position as the leading manufacturer of premium models in the small and compact car segment.” And Segler went on to officially confirm “MINI Paceman” as the name of the brand’s seventh model, which will be presented in a few months’ time and launched onto the market in 2013.

The powerfully formed three-door model sees MINI once again laying the foundations for a whole new vehicle segment with the aim of giving more new target groups a taste of the excitement and allure of the brand. “The MINI Paceman is the world’s first Sports Activity Coupé in the premium compact segment. It combines a clear appetite for extravagance and infectious driving fun in a style that only a MINI could pull off with such authenticity,” Segler confirmed.

Read the entire press release MINI TAKES THE STATES 2012: The MINI Community in the US embarks on an epic road trip from New York to Los Angeles.