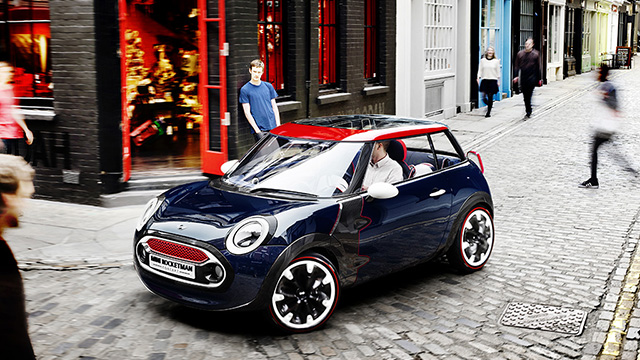 With MINI Plant Oxford near or at capacity, it appears BMW went looking for another existing plant to build more MINI vehicles.  BMW did this once already, partnering with Magna Steyr to build the MINI Countryman in Graz, Austria.  Now the Dutch firm VDL NedCar has signed a contract to build an as-yet-unnamed MINI model or models in Born.  The plant has the capacity to build up to 200,00 vehicles per year.  Speculation is that it could be the future home of MINI Rocketman production.  From the VDL NedCar website came this announcement:

From 1 January 2013 the company will become an independent car manufacturer for third parties under the name VDL Nedcar. VDL Nedcar’s first customer will be the BMW Group, with which the contracts have also been signed. Following conversion of the production lines, MINI will be built for the BMW Group in Born starting in the second half of 2014.

The production lines at VDL Nedcar will be converted and prepared for manufacturing MINI between 1 January 2013 and the second half of 2014.

MINI Nederland confirmed the news on its Facebook page today.

Auto Express wrote about the partnership back on September 19th:

However, in spite of a £750 million investment in BMW’s plants in the UK in Oxford, Hams Hall and Swindon, any additional MINI models are likely to be built abroad with the Dutch Nedcar factory a likely place.

“Oxford will always be the heart of MINI” said [BMW board member Harald] Krueger, “And Nedcar is well placed not too far from Oxford.”

Since VDL NedCar has already made the announcement, BMW’s official announcement should follow soon.