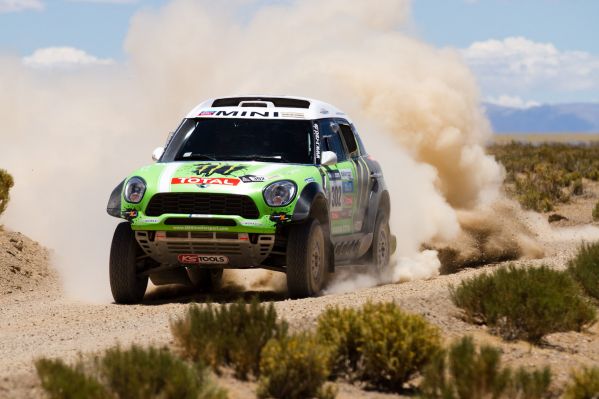 The X-raid Team nearly filled the entire podium at Dakar 2013, taking three of the top four spots.  Stéphane Peterhansel and Jean-Paul Cottret repeated as winners in the No. 302 MINI ALL4 Racing.

Munich/Santiago de Chile. It seems nothing can stand in their way. The French duo of Stéphane Peterhansel and co-driver Jean-Paul Cottret have won the Dakar Rally 2013 in a MINI ALL4 Racing in a repeat of last year’s success. With their overall time of 38:32.39, the lead pairing of the privately-entered Monster Energy X-raid Team from Trebur, Germany crossed the finish line in Santiago de Chile 42:22 minutes ahead of their nearest pursuers in the overall classification. For Peterhansel, his second victory in the MINI ALL4 Racing was also the 11th of his career in the Dakar.

“This is a magnificent triumph and I would like to offer our congratulations on behalf of MINI not only to Stéphane Peterhansel and Jean-Paul Cottret, but also to Sven Quandt’s entire X-raid Team,” enthused Dr Kay Segler, Senior Vice President MINI Brand Management. “The victory of the MINI ALL4 Racing last year was without doubt a surprise for many people. But now it is clear to everyone that this was no fluke. Anyone who comes home first after 8,600 kilometres (approx. 5,300 miles) in the world’s toughest rally has achieved something amazing. We are incredibly proud to count these fantastic competitors as part of the MINI family.”

As last year, the X-raid Team was again the dominant force in the Dakar Rally 2013. Peterhansel took over at the top of the overall classification after only two stages – and defended his lead all the way to the finish. The chasing pack included the pairing of Leonid Novitskiy and Konstantin Zhiltsov in another MINI ALL4 Racing, who eventually finished the Dakar Rally 2013 in third place. 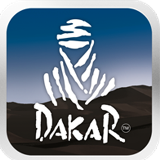