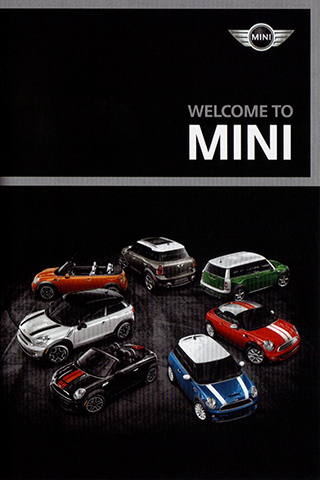 MINI USA released pricing and equipment updates for model year 2014. The new prices are already in effect as of May 1st. Model year 2014 production begins on July 1, 2013.

Prices for most models remain the same, only the Countryman and Paceman models see a $100 increase.

*Pricing in this document DOES NOT include the Destination and Handling charge of $795.

The only models that will have a price increase for the MY2014 are Paceman and Countryman; however, for the $100 increase, all variants of those two models will come equipped standard with heated mirrors and washer jets.

There will only be one premium package moving forward, which will include the dual pane panoramic sunroof, rain sensor / automatic headlight control and automatic climate control. The cost for this option package is $1,250.

A new package, called City Pack, will be offered on all models and will include the alarm system, power fold mirrors, heated mirror and wash jets, auto dimming rear-view mirrors (interior and exterior), rear park distance control and comfort access. The cost for this package will be $1,250.

The Center Rail in Countryman and Paceman vehicles will be replaced by standard double cup holders in the rear seats.

Countryman’s rear doors will have a padded arm rest and a bench seat will be standard (a bench seat is the only rear seat configuration available for Countryman).

Beginning in MY 2014, MINI will offer both interior and exterior John Cooper Works Packages for Paceman and Countryman models, so Cooper and Cooper S owners can opt for the sportier design cues and color combinations, even if they don’t choose to upgrade the performance.