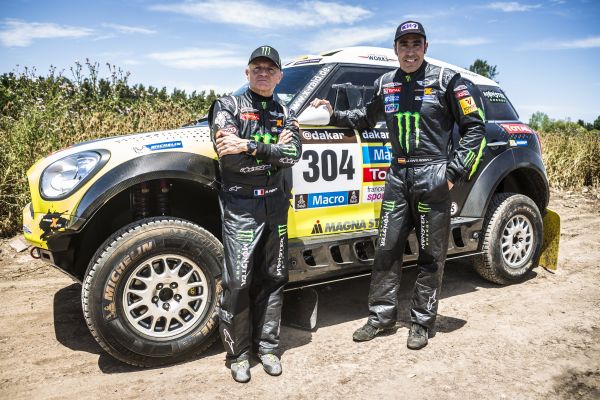 Driver Nani Roma and co-driver Michel Périn from X-raid Team have won the Dakar 2014 in their MINI ALL4 Racing #304.  MINI took the podium and seven of the top ten places.