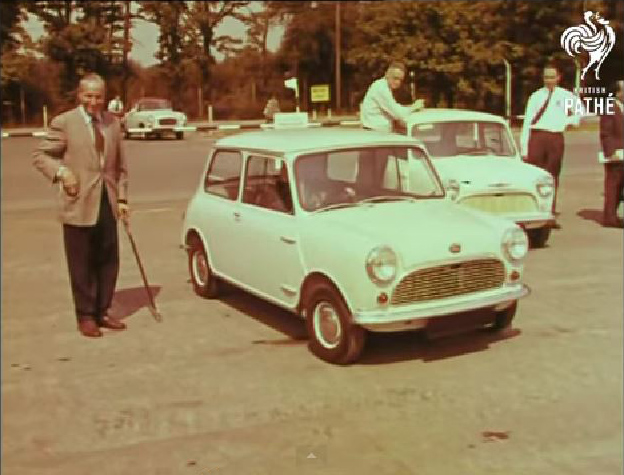 British Pathé, “one of the oldest media companies in the world” and a producer of newsreels until 1970, just released its entire collection of 85,000 historic films, in high resolution, to YouTube.  One of the newsreels (broken into three video parts) is a 1961 promotional video by the British Motor Corporation during the early years of the classic Mini, then called the Austin Seven (sometimes spelled Se7en).

This is a fantastic look at the early development of the classic Mini with shots of Alec Issigonis, early prototypes built and road-tested, production and assembly, press launch, and press review headlines.