Strategic Vision released its 2015 Total Quality Awards Winners List and a couple of MINIs made the list.

The list is based on their Total Quality Index, a “measure of the total ownership experience” which includes the following: 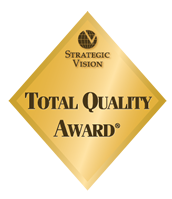 As you can see, the criteria is very subjective.

The discontinued MINI Cooper Roadster won the Standard Convertible segment beating out the Volkswagen Beetle Convertible.  The Roadster scored a 935 out of 1,000, the highest score of any car in any segment.

The MINI Cooper Countryman tied for first place with the Dodge Challenger in the Specialty Coupe segment although it had a slightly lower score (893 versus 895 for the Dodge).  In Second place was the MINI Cooper Hardtop 2 Door (892). 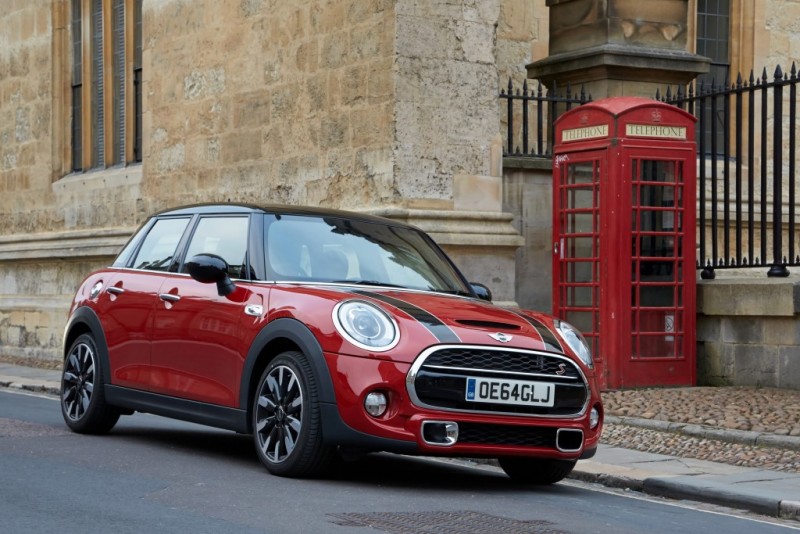 Global sales up just over 25% for the month and for the year.

The MINI brand has achieved its best-ever first half-year with 165,938 MINIs delivered to customers, an increase of 25.8% on the same period last year. Sales in June were up 25.4% to total 36,025. “With strong double-digit growth, MINI has had a flying start to 2015,” said Peter Schwarzenbauer, Member of the Board of Management BMW AG, responsible for MINI, Rolls-Royce and BMW Motorrad. “We’ll continue this momentum into the second half of the year and expect that the new MINI Clubman we premiered in June, which will be on the market from October, will bring us even more new customers. With our recently announced strategic and visual re-alignment of the brand, we’ll build on the MINI success story and achieve a new record year for MINI,” Schwarzenbauer added.

Global sales of the 3 door MINI grew by 33.0% in the first six months of the year, with customer deliveries totalling 62,599. The new 5 door MINI was handed over to a total of 44,943 customers worldwide in the same period. Sales of the MINI Cabrio are up 3.3% compared with the first half of last year with a total of 9,148 units sold. 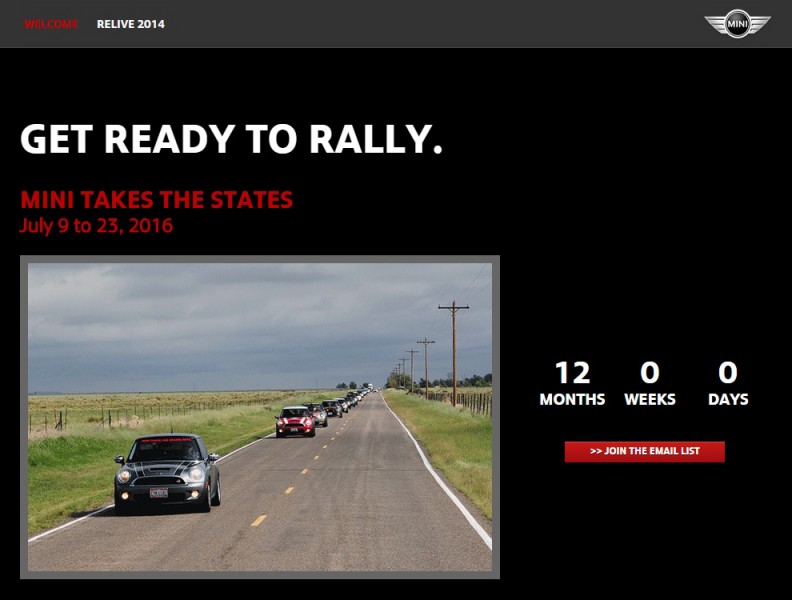 Today MINI USA released the dates for MINI TAKES THE STATES 2016.  Set to begin one year from today, the biennial event will take place from July 9 to 23, 2016.

Woodcliff Lake, NJ –July 9 2015…It’s one year away but start planning now! MINI USA today officially announced the dates for the popular cross-country owners’ rally, MINI TAKES THE STATES (MTTS). MTTS 2016 will kick off on Saturday, July 9, 2016, and finish on Saturday, July 23, 2016. The route will be announced at a later date.

In 2014, MINI owners and MINI USA team members motored into Boston’s Back Bay after completing a 5,142-mile journey from San Francisco that covered 15 cities and 18 states in 14 days. A portion of that year’s event registration fees were donated to Best Friends Animal Society, the charity partner for the rally. A charity partner for the 2016 event will be announced at a later date.

“MINI TAKES THE STATES 2014 was such an amazing experience that we couldn’t wait to announce the dates for 2016,” said David Duncan, Vice President MINI of the Americas. “I also personally wanted the community to know that I am standing by the promise I made in Boston at the end of our last adventure together. We will motor again in 2016!”

MTTS 2014 attracted close to 4,000 MINI owners from around the world, including two men who drove their MINI from Germany as part of a quest to drive around the world. Nothing about MTTS 2014 was small; in fact, close to 500 MINI owners and staff went “all the way” from coast-to-coast.  Others joined in for just a few days of fun, with each of the day’s events averaging more than 900 participants.

MTTS will make the now legendary cross-country trip for the sixth time in 2016, with thousands of MINI owners and enthusiasts expected to join the rally, or a leg of it. Along the way, MINI USA will provide its loyal owners and enthusiasts with genuine, once-in-a-lifetime motoring experiences. Stay tuned for more updates or visit MINITAKESTHESTATES.com. For blog posts and press images from MINI TAKES THE STATES 2014 please visit the MTTS 2014 page on MINIUSANEWS.com.

Can’t wait until 2016? Join MINI owners from all over the country in Mackinaw City, MI, August 1, for a second attempt at the world record for the largest parade of MINI vehicles. The current record is 1,450 MINIs set by the London & Surrey MINI Owners Club on May 17, 2009. Help us bring the record to the United States as we cross one of America’s longest suspension bridges, the Mackinac Bridge. Join the fun by registering today at MINIONTHEMACK.com.