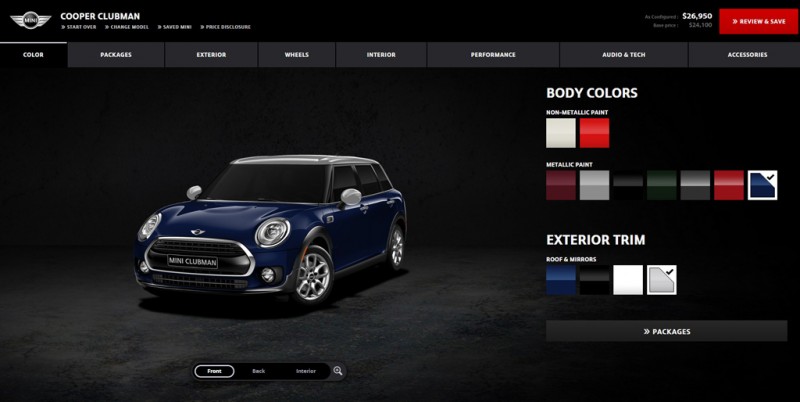 MINI USA updated its Configurator to include the new MINI Cooper Clubman and MINI Cooper S Clubman which launches in Europe on October 31st but doesn’t arrive in the US until later this year.

Shown in the MINI UK Configurator but not in the US is Volcanic Orange and Deep Blue Metallic.