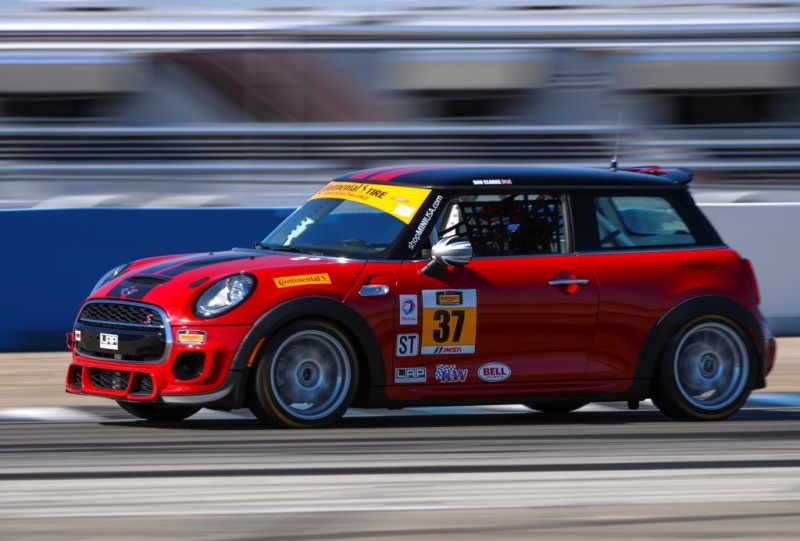 MINI begins the IMSA Continental Tire SportsCar Challenge 2016 season today in the BMW Performance 200 at Daytona International Speedway.  Last year MINI started late into the season with pre-production MINI John Cooper Works Hardtops so this will be the MINI’s first full season.  The season consists of ten races and runs through September.

MINI USA has again partnered with LAP Motorsports LLC for a three-car MINI John Cooper Works Hardtop lineup for 2016.  They will compete in the Street Tuner (ST) class.

Woodcliff Lake, NJ – January 28 – MINI USA and LAP MotorSports LLC are gearing up the MINI John Cooper Works Team for the 2016 season of the IMSA Continental Tire SportsCar Challenge (CTSCC), the first full season for the team. The team also today announced the addition of a third car and two new drivers – Ethan Lowe and James Vance. Building on the momentum of the team’s first podium at the season finale at Road Atlanta last year and a solid performance during three days of testing at The Roar Before the 24, the team is hopeful for more podium finishes during the 2016 season. The season kicks-off this Friday, January 29th, at Daytona International Speedway.

The Indianapolis-based MINI John Cooper Works team owned and operated by racing veteran Luis Perocarpi will return this year with drivers Mat Pombo and Derek Jones. The racing duo, who brought MINI JCW its first podium finish at Road Atlanta last year, will return in MINI JCW #73. This year they’ll be back in the car for the entire season of CTSCC battles. Also joining the team with Mat and Derek is Ramin Abdolvahabi, who drove MINI #52 during the last half of 2015.

Newby James Vance will be joining the MINI JCW Team this year. A very quick, young driver from the U.K. by way of Canada, he drove Karts for seven years and competed in SCCA Mazda MX-5 Cup in 2013 with best finishes of second at Road Atlanta and fourth at Canadian Tire Motorsports Park.
Ethan Low comes off a stellar rookie season in 2015 that saw him finish sixth overall in the Street Tuner class, including two forth place finishes and five top tens. Low was the top finishing rookie closing driver in last year’s field. Low returns to Daytona where he made his first career start in the series qualifying sixth in last year’s BMW Performance 200.

With a super-wide stance, ultra-rigid body and incredibly precise handling, MINI has a long history in motorsports and has always felt right at home on the track. Ever since John Cooper first recognized the racing potential of the classic Mini in the early 1960s, his name has stood for success and performance on the race track
with MINI.

About MINI in the US
MINI is an independent brand of the BMW Group. In the United States, MINI USA operates as a business unit of BMW of North America, LLC, located in Woodcliff Lake, New Jersey and includes the marketing and sales organizations for the MINI brand. The MINI USA sales organization is represented in the U.S. through a network of 124 MINI passenger car dealers in 39 states. MINI USA began selling vehicles in the U.S. in 2002 with the introduction of the MINI Cooper and MINI Cooper S Hardtops. Since then, the MINI Brand in the U.S. has grown to encompass a model range of six unique vehicles. 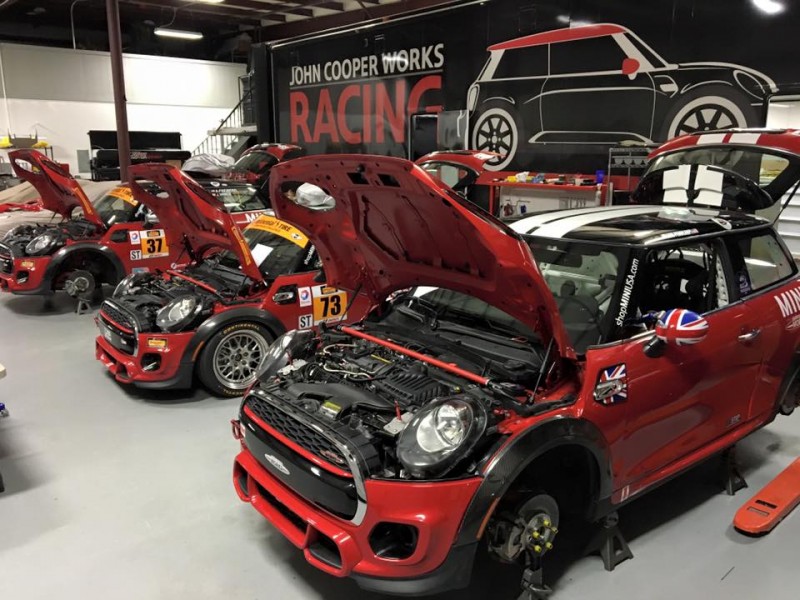