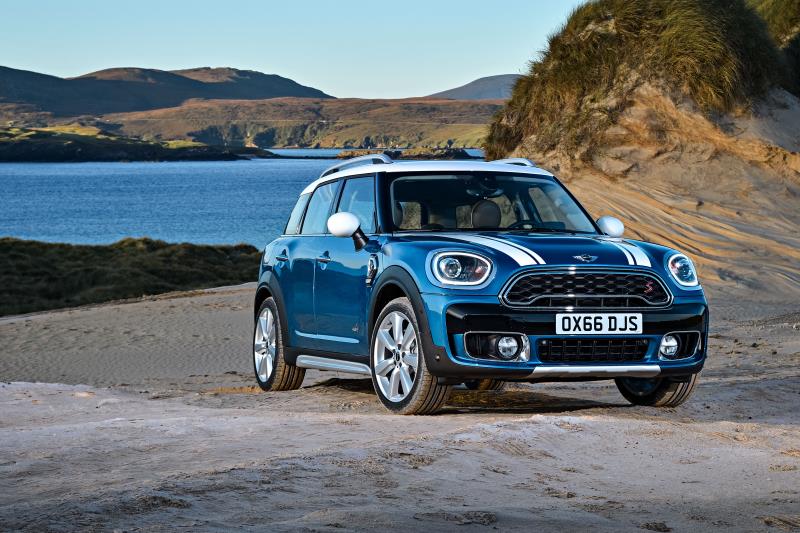 As the new generation of the MINI Countryman sees its premiere, the tradition-steeped British brand continues its advance into the premium compact segment. The new MINI Countryman is the biggest and most versatile model in the brand’s 57-year history. Having been completely newly developed, it now reflects considerable advancements in the areas of space, functionality, athletic flair and premium characteristics.

The new MINI Countryman (combined fuel consumption: 7.0 – 2.1 l/100 km; combined CO2 emissions: 159 – 49 g/km) achieves its unique standing among direct competitors due to its powerfully expressive design, efficiently shaped bodywork and in particular its unmatched driving agility. The latest version of the all-wheel drive system ALL4 ensures driving fun beyond paved roads, too. What is more, the new MINI Countryman is the first model of the brand to be available with a plug-in hybrid drive. In the form of the MINI Cooper S E Countryman ALL4 it has a range of up to 40 kilometres running on electrical power alone.

The new MINI Countryman – an overview of the innovations.
– Powerful proportions, 20 centimetres longer than its predecessor.
– Five fully-fledged seats, clear increase in space and versatility.
– Electrical tailgate control as well as touchless opening and closing of the tailgate.
– MINI Picnic Bench: fold-out load loading sill cushion as a comfortable seat on the luggage compartment lid and for general outdoor use.
– MINI Cooper S E Countryman ALL4: the first ever MINI with plug-in hybrid drive.
– New generation of engines and gearboxes, efficiency-optimised all-wheel drive system ALL4.
– Central instrument with touchscreen function for the first time.
– MINI Country Timer measures driving fun over demanding terrain.
– MINI Connected App as a personal assistant on a day-to-day basis and when travelling.
– MINI Find Mate: everything you need on board at all times – or in view. END_OF_DOCUMENT_TOKEN_TO_BE_REPLACED