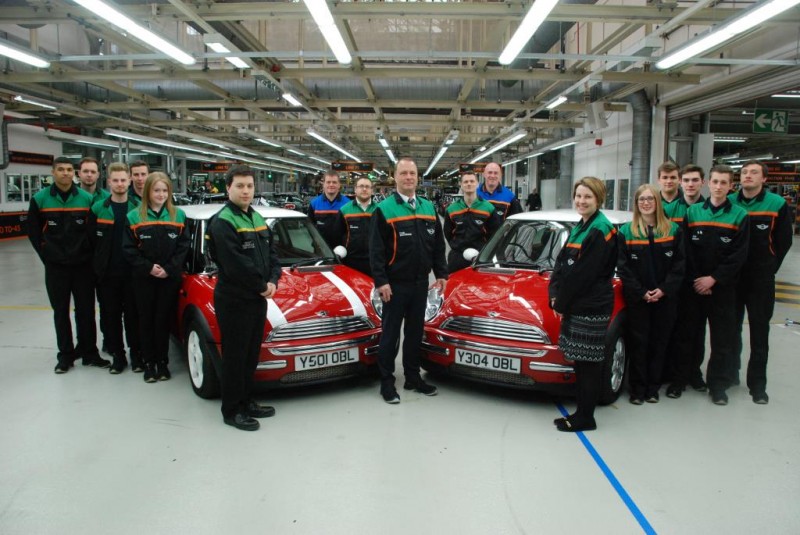 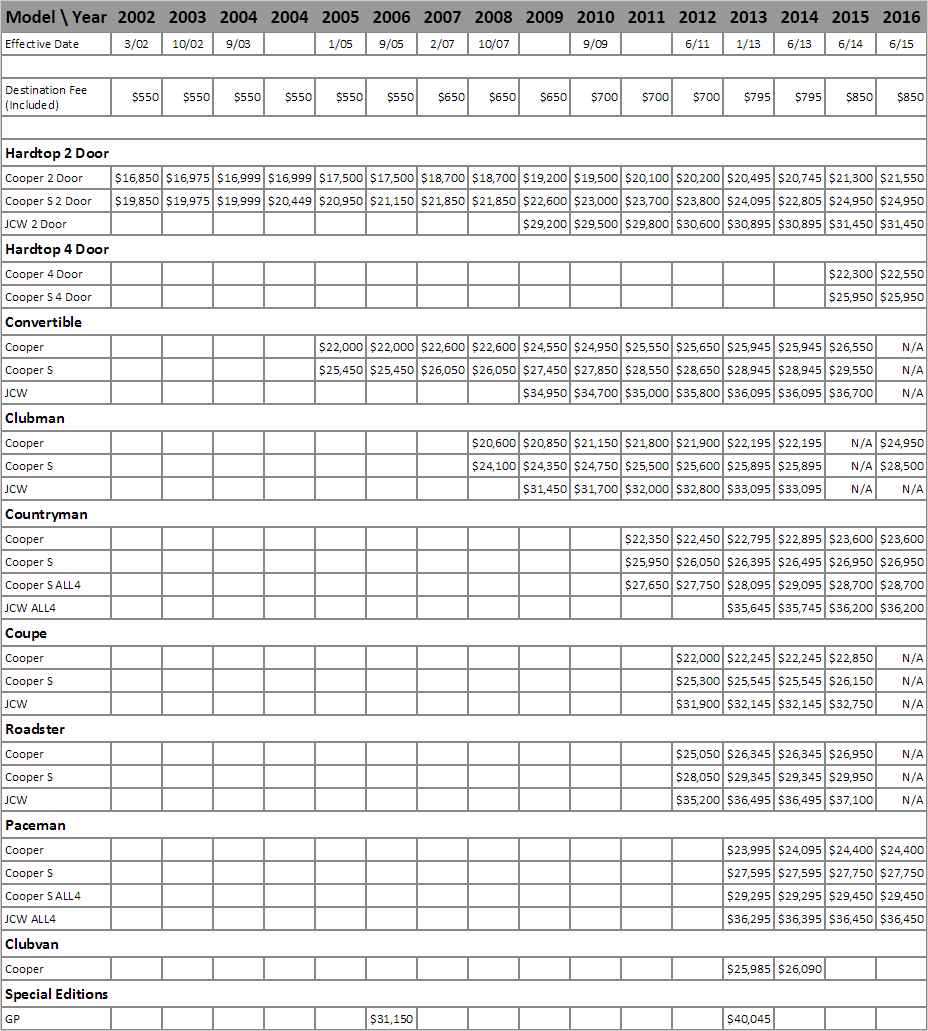 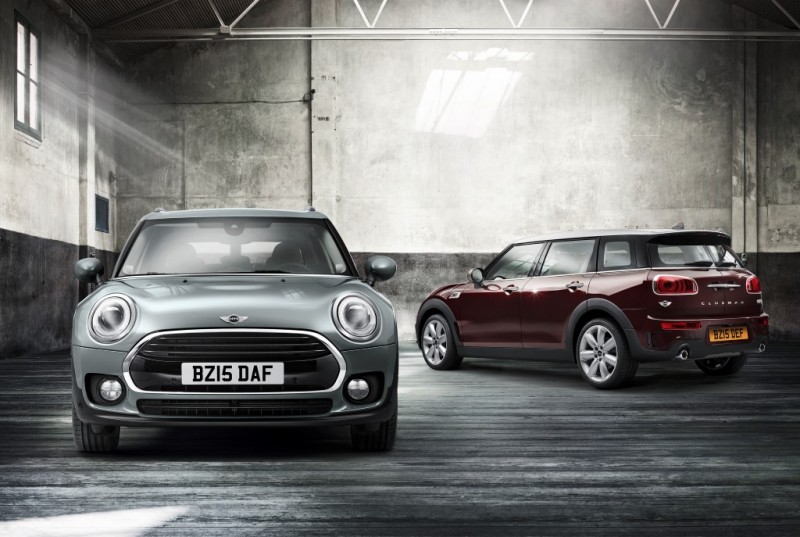 Prices are before the $850 Destination and Handling fee.

Woodcliff Lake, NJ – September 25, 2015… MINI USA announced pricing today on its all-new 2016 MINI Clubman with a Manufacturer’s Suggested Retail Price (MSRP) of $24,100 for the Cooper model. The most spacious and versatile MINI every built, the new MINI Clubman is the first MINI to enter the compact premium segment. It is both longer and wider than previous MINI models and offers premium quality and craftsmanship in every detail for under $25,000. The Cooper S variant will start at $27,650.  All prices exclude the $850 Destination & Handling fee.

“The premium quality and value of the new MINI Clubman will set the standard for the premium compact segment going forward,” said Patrick McKenna, Department Head, Product Planning & Events, MINI USA. “MINI defined the premium small car segment with the relaunch of the Hardtop back in 2002 and the new Clubman will help us redefine the notion of “premium” with nearly bespoke levels of customization.”

Like every MINI model in the product line up, all options are available a la carte, as well as in bundled packages. This means customers can decide to pay for only what they select and are not forced into more expensive packages that include equipment they don’t want or need. The new MINI Clubman also features a number of special upholsteries that have been developed specifically for the vehicle, including a smooth-grained Indigo blue-dyed leather with diamond-stitching in the pattern of classic English Chesterfield sofas, and a rich Burgundy leather with environmentally friendly Dinamica trim.

While the new MINI Clubman is longer and wider than any other MINI model, the newest member of the MINI family endured extensive testing on the Nürburgring in Germany, the Circuit of Miramas in France and the Millbrook Proving Ground in the UK, as well as the legendary roads of Wales. This testing was conducted to ensure that the new MINI Clubman maintained the legendary “fun to drive” handling that enthusiasts expect on the road.

The new MINI Clubman will be powered by BMW Group-developed three- and four-cylinder MINI TwinPower Turbo Technology engines, and like all MINI models and trims, will come standard with an efficient six-speed manual transmission. Meanwhile, the Cooper S variant will offer an optional 8-speed automatic or 8-speed sport automatic transmission with paddle shifters. This high tech and efficient sporty transmission is not only a first for MINI, but also a rarity in the segment.

The new MINI Clubman also comes with an array of standard equipment, including:

In addition to the standard equipment and a la carte options, several packages are available, including:

The Clubman will go on sale in January 2016 at MINI dealers across the U.S. Customers looking to build or pre-order a new MINI Clubman can use the configurator now available at MINIUSA.com or visit their local MINI dealer. For full vehicle specifications, please see the detailed product news release here. 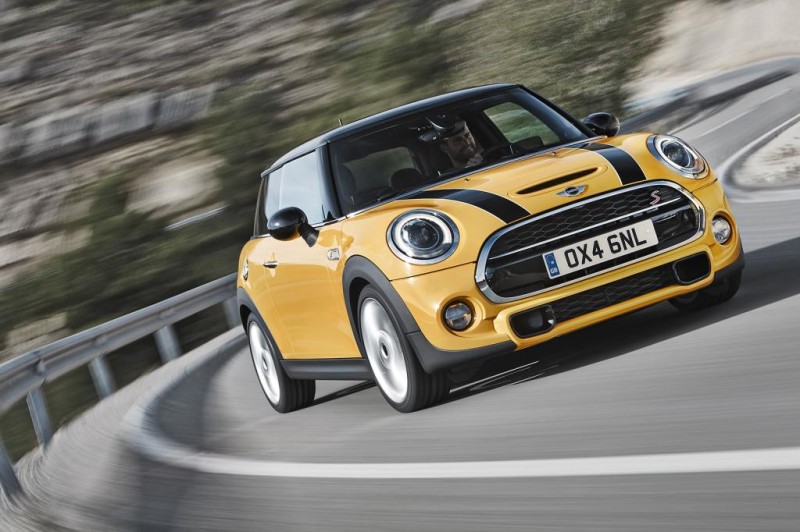 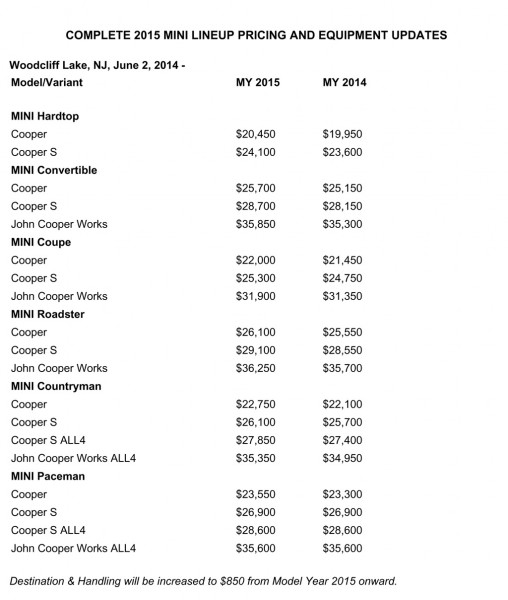 Days away from ordering availability and weeks away from the start of production of the 2015 model year, MINI USA released prices for the entire line-up.

Some important changes for 2015 include:

When MINI redesigned the MINI Hardtop for 2014, one of the changes included the replacement of of the traditional four-lug MINI hub with a five-lug hub (begun with the MINI Countryman and Paceman).  This small change meant all new wheels for the Hardtop were needed. These new wheels include:

With MINI moving into its third generation starting with the 2014 MINI Hardtop, we have compiled the MINI model pricing figures in the US since the launch in March 2002. The prices shown are the Manufacturer’s Suggested Retail Price (MSRP) which includes the Destination and Handling Fee shown. 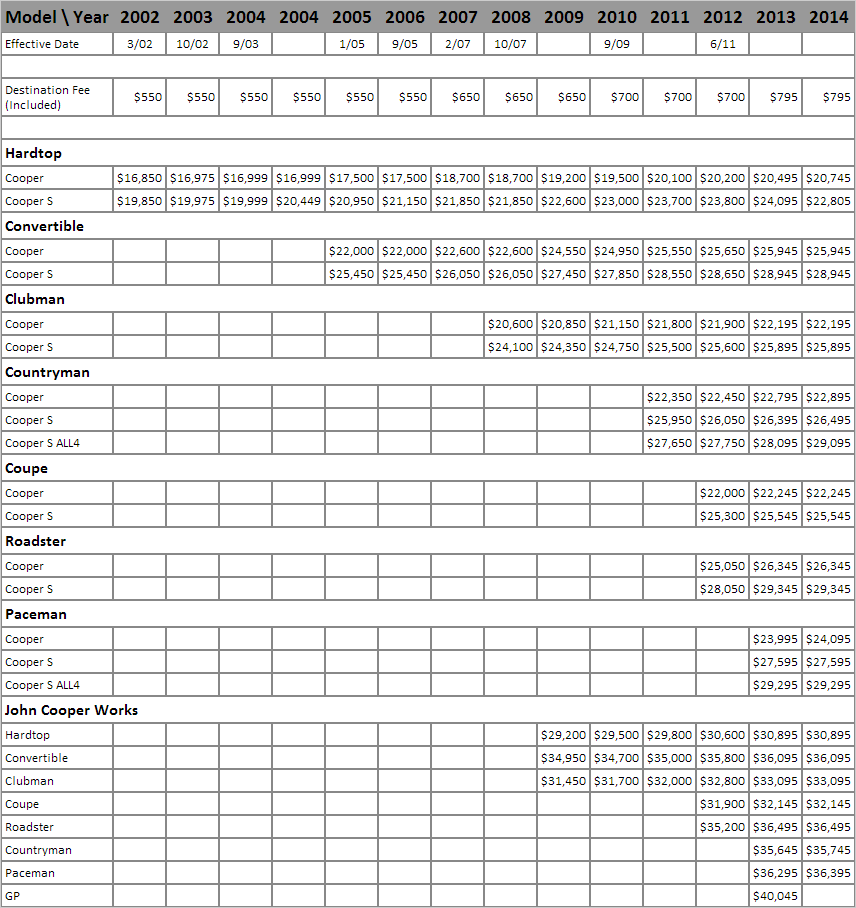 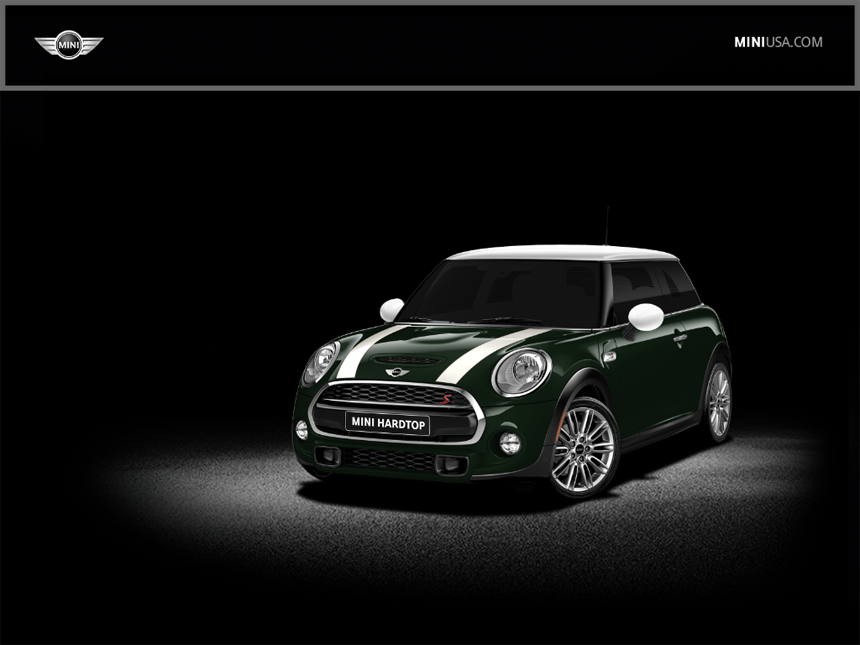 After announcing the pricing of the 2014 MINI Cooper and MINI Cooper S Hardtop yesterday, MINI USA released the full options and pricing sheets.

Now that MINI USA has released its sales figures for 2013, let’s look at the yearly sales since the launch in 2002.

MINI USA had its best sales figures ever in 2013, just barely beating the previous year’s record sales by less than 1%.  Annual sales in the US have risen steadily since launch with only two years having declines in sales: -4.0% in 2006 (the last year of the first generation) and -16.4% more recently in 2009 due mainly to the poor economy.  Sales have increased for the past four years as the economy has improved and MINI has launched more models.  The MINI Countryman sales figures have been strong, but it’s unclear how many sales of other models it cannibalized, especially those of the MINI Clubman.  With the model changeover, the production delay of the third-generation Hardtop, and the lack of a MINI John Cooper Works Hardtop in the lineup, MINI USA will be hard-pressed to top its 2013 sales figures.

Tomorrow we will have MINI USA sales figures by model (body style).