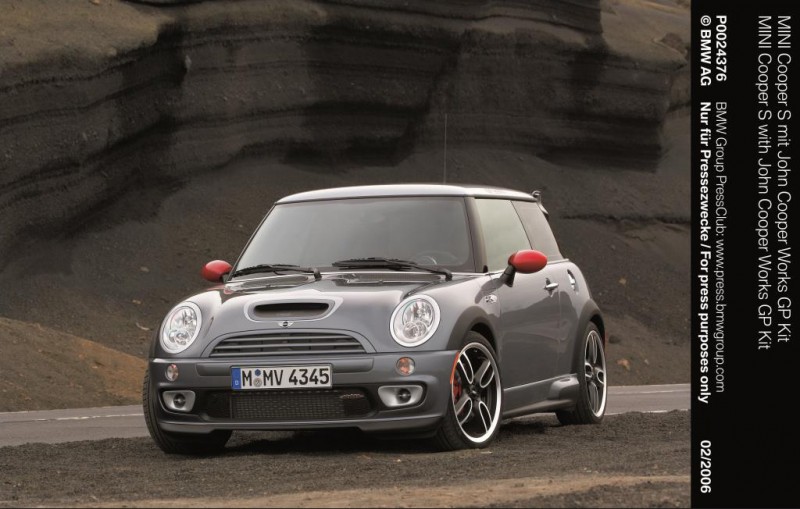 The MINI Cooper S with John Cooper Works GP Kit was produced to mark the end of the first-generation MINI.  The 2006 special edition was limited to 2,000 individually-numbered cars with 415 in the United States.

View our comprehensive list of reviews from major automotive magazines and websites.