The 2014 MINI brochure is out and it is again the stapled, pocket brochure.  The full-color, 32-page brochure is a mix of model year 2014 and 2015 vehicles including the discontinued Clubman. 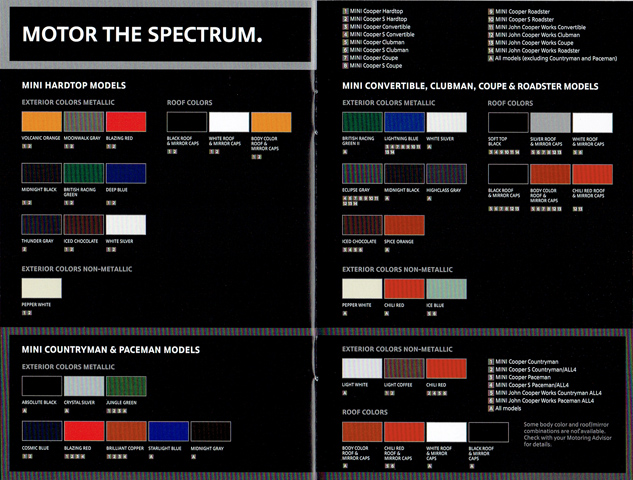 Above is the entire lineup of colors for the new 2014 MINI Hardtop (F56) from MINIUSA.com. 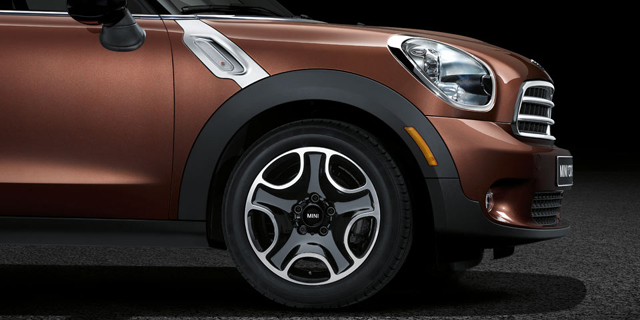 Now that the complete model year 2013 MINI family has emerged, we have updated our MINI colors page.  There are several new colors for next year:

MINI divides the colors into two groups: those for the Hardtop, Convertible, Clubman, Coupe, and Roadster (models all built in Oxford, England) and those for the Countryman and Paceman (models built in Graz, Austria).

In addition, there is one exclusive color for the MINI JCW GP called Thunder Grey Metallic. 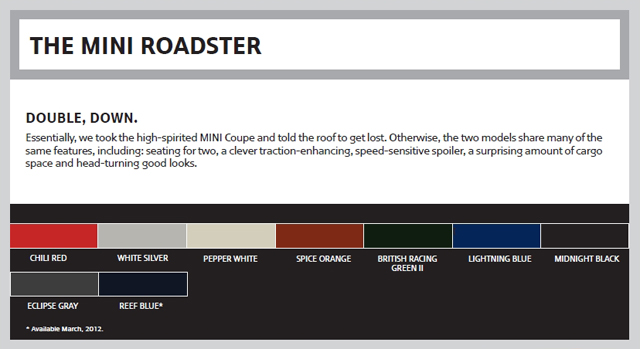 If you read our MINI USA Configurator updated with Roadster post earlier or used the Configurator, you saw the eight colors available on the Roadster.  Unlike the MINI Coupe, the Roadster is not available in Laguna Green (or the Convertible colors Ice Blue, Laser Blue, Hot Chocolate, Velvet Silver, and Highclass Gray).

But if you liked the looks of the MINI Hampton (see below) you might want to wait until March to buy a MINI Roadster.  In March 2012 the MINI Roadster will be available in Reef Blue. 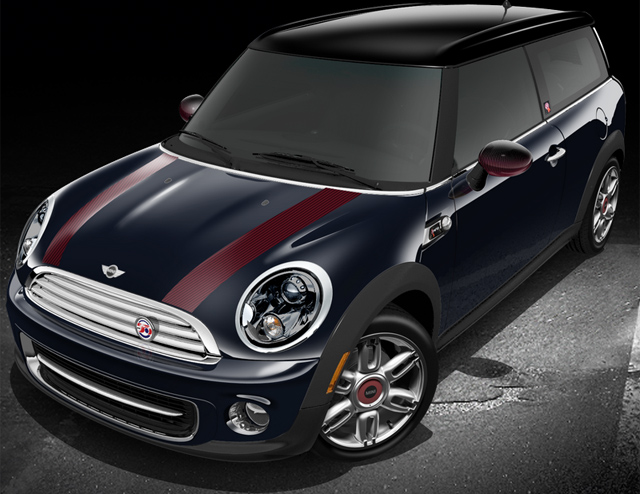 For the new 2012 model year, MINI has introduced several new colors. All are metallic paint.

Velvet Silver is available only on the MINI Cooper Hardtop, Convertible, and Clubman models. It replaces Pure Silver.

Highclass Grey is available on all Hardtop, Convertible, and Clubman models. It has a reportedly plum tint to it.

Laguna Green is only available on the Hardtop and Convertible models.

Rolls-Royce Diamond Black is a metallic black available only on the MINI INSPIRED BY GOODWOOD.

The three latter colors are exclusive to the MINI Yours packages or design models.

With the updating of the MINI USA Configurator for 2011, the MINI colors page needed an update.  New colors (or colours if you’re in the UK) for 2011 are:

With the updating of the MINI Configurators for 2011, it was time to update the MINI colors page. New colors (or colours if you’re in the UK) for 2011 are:

Note that Royal Grey Metallic has returned.  It was last available in 2006. 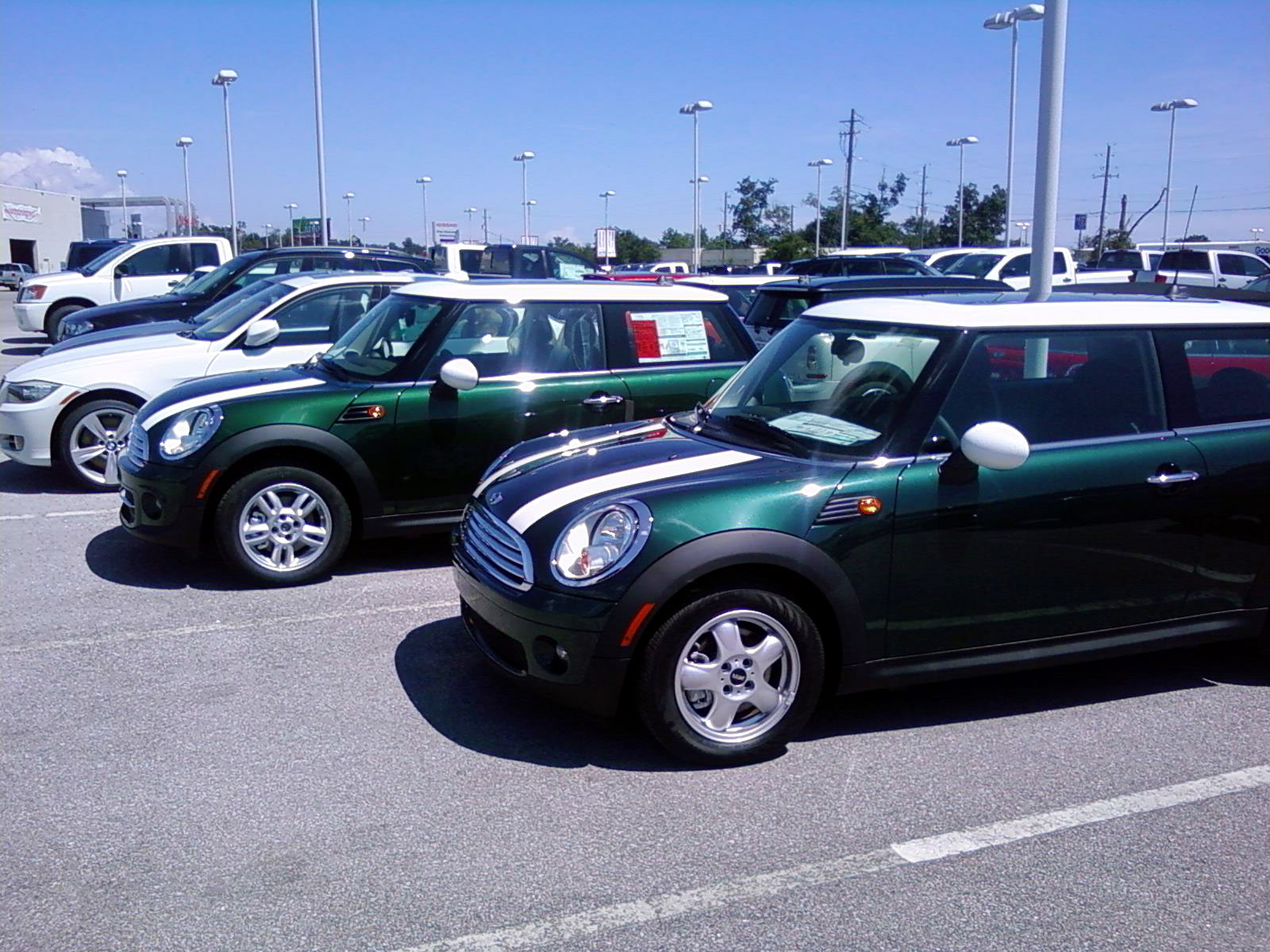