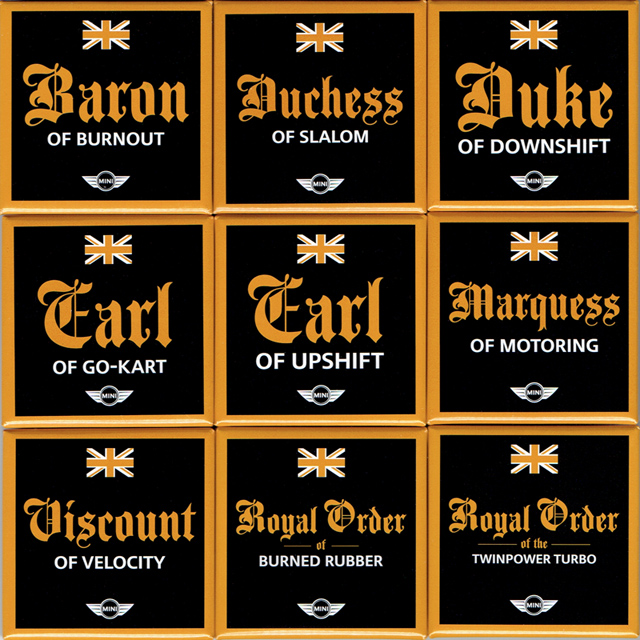 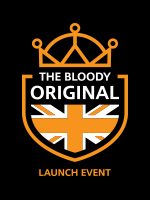 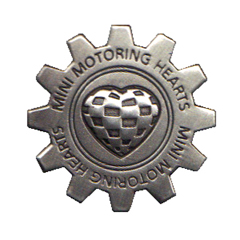 MINI owners who participated in the program and volunteered hours received a free MINI MOTORING HEARTS grille badge.  But one could purchase the lapel pin at a MINI dealership for $3.00.  The part number is 80 54 0 414 273. 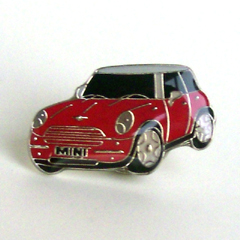 See other MINI pins we have featured. 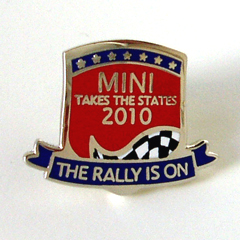 MINI USA offered this MINI TAKES THE STATES 2010 lapel pin for sale at each of the events.

The tiny metal lapel pin features the MTTS 2010 logo with the slogan “THE RALLY IS ON”. 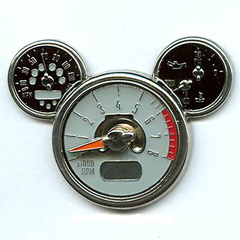 Today we have another collectible Disney pin, the Disney MINI gauges pin.

This pin from 2006 features three MINI gauges in the shape of Mickey Mouse’s head.  The center gauge is a tachometer with a moving orange needle.  The back is stamped “OFFICIAL PIN TRADING 2006”.

You can still purchase this pin from Disney Pin Traders stores for $9.95.

This set of eight MINI Extended Motorer Protection button pins was just released and given away during MINI Takes the States 2010 events.  The eight button pins are:

END_OF_DOCUMENT_TOKEN_TO_BE_REPLACED 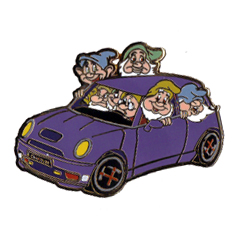 Today we have another collectible Disney pin, the Seven Dwarfs MINI pin.

For MINI TAKES THE STATES 2010, there was no Travelogue book as in years past.  Instead of collecting stamps, this time you could collect button pins.

In addition to the city button pins, there were other special pins available at the events:

In each registration bag was one larger MTTS 2010 button pin, shown above left. 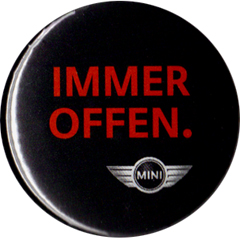 These small metal pins were part of MINI USA’s MotoringGear collection in 2004 through 2005.  From left to right: