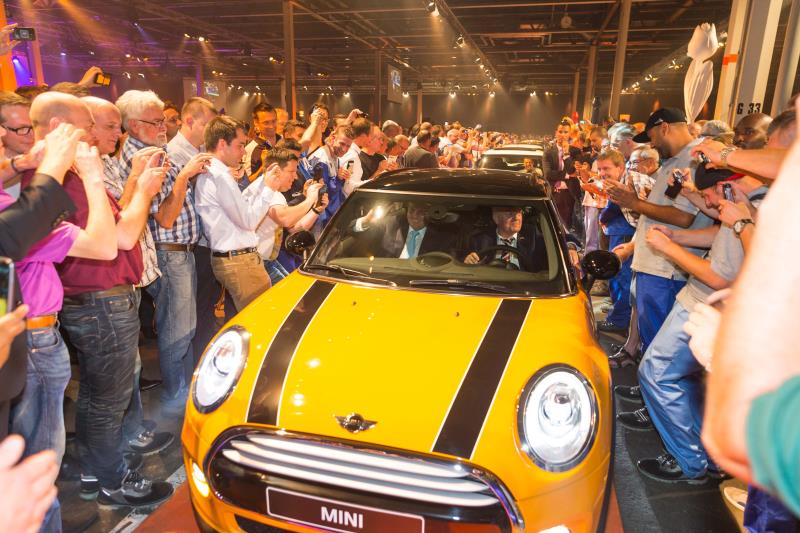 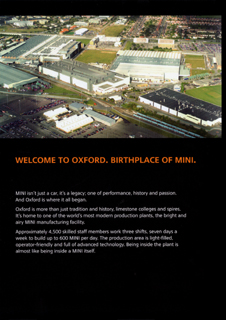 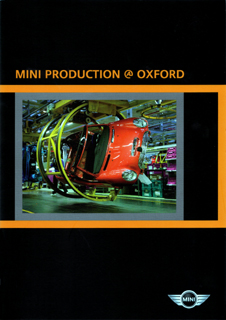 Many MINI enthusiasts dream about making it to the mecca of MINIdom: Plant Oxford in the UK.

This fold-out brochure from 2005 gives the potential visitor some Key Facts, Directions to Plant Oxford, and A Few House Rules for Visitors.

Plant tours must be pre-booked at: