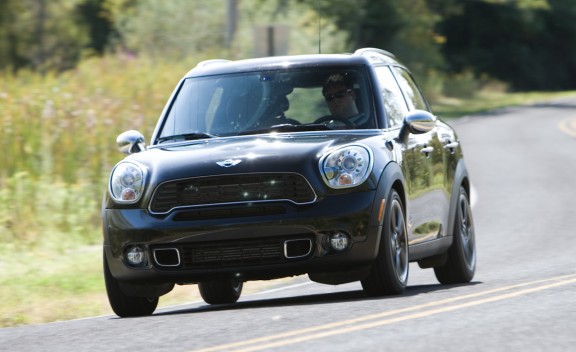 Car and Driver just published their Short Take Road Test on the MINI Cooper S Countryman ALL4.  They were moderately impressed:

Mini’s Countryman defies easy categorization. It’s too small for an SUV, too large for a Mini. It’s a big Mini, possibly a Medium. Mini doesn’t call it the Medium but doesn’t seem to want to call it the Countryman, either. “Countryman” appears nowhere on the outside of the thing, and the official ­designation is Mini Cooper Countryman, as though Countryman were merely a variation on the Cooper, like the Clubman.

The full article will appear in the February 2011 issue of Car and Driver.