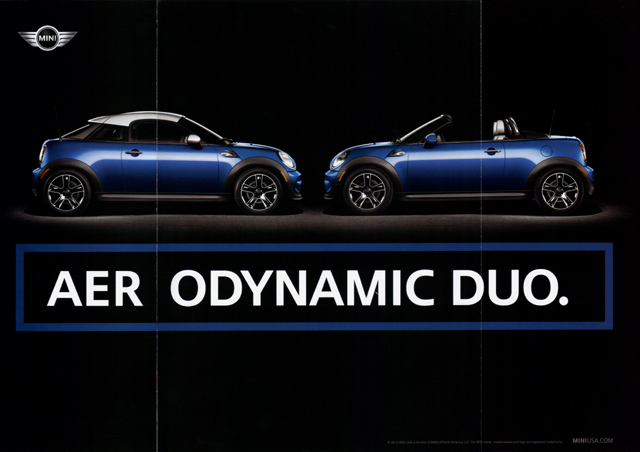 Last month we featured a MINI Coupe and MINI Roadster flip print ad.  Today we have a second flip ad as part of a double ad found on pages 11 and 12 of the May 2012 issue of Esquire.  Shown above is the front-side tri-fold ad.

On the back of this ad is the second MINI Coupe and MINI Roadster flip print ad, as shown below. 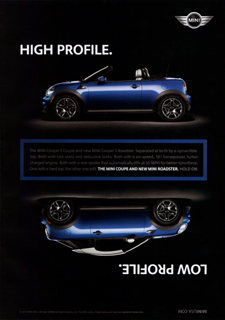 The Spring MINI Coupe and MINI Roadster print ad campaign isn’t over yet. We’ll have a set soon that you’ll want to pick up, even if you don’t collect MINI print ads.