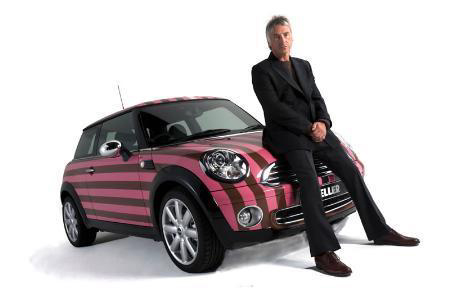 Paul Weller has always been an avid MINI fan and has collected numerous models throughout the years. As part of MINI’s 50th Anniversary celebrations in 2009, MINI fans drove from all over the world to attend a party at Silverstone at which Weller was the headline act.

He was then given this MINI Cooper which he designed the exterior of, working closely with the designers and completing the car this spring.