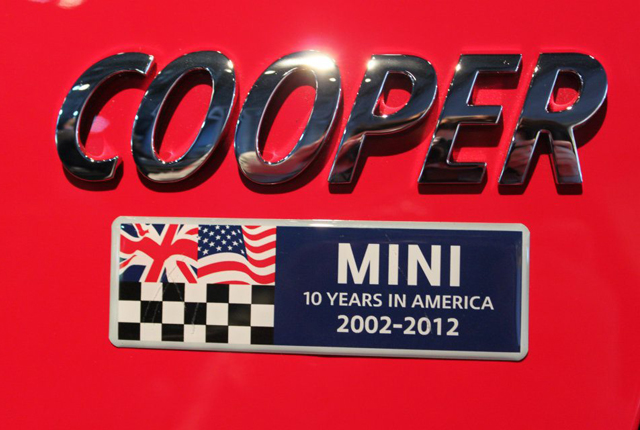 In the press release before the New York International Auto Show, MINI announced a US-only special edition model to commemorate the ten years MINI has been in the United States.  It will come as a Cooper only.

The second world premiere at the Auto Show in New York is dedicated to the tenth anniversary of MINI on the US automobile market. The MINI 10 Years Anniversary was designed especially for customers in the USA. Based on the MINI Cooper, the 121 hp 4-cylinder anniversary model expresses the pioneering spirit of the first premium small car as it set out to take the USA by storm. “As you would expect, it is available in three paint finishes: red, white and blue – the three colors which make up the national flag of the USA,” says Dr. Kay Segler.