This is the second in our series of Mini-/MINI-related autographs.  Last month we featured the Rauno Aaltonen autograph.

Michael Cooper, who took over the John Cooper Works company from his father John Cooper, is actually named John Michael Cooper.  When he signs his name, he writes “John Cooper”.  Mike is often at major MINI meets like MINI United and MINI Takes the States and will gladly give you his autograph.  He signed the dashboards of some of the MINI GPs at the delivery in Monterey at the beginning of MINI Takes the States 2006. 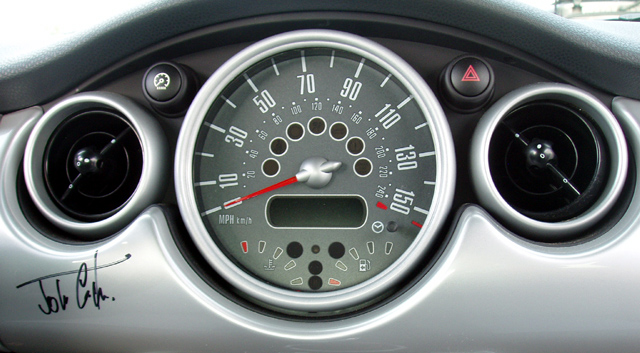 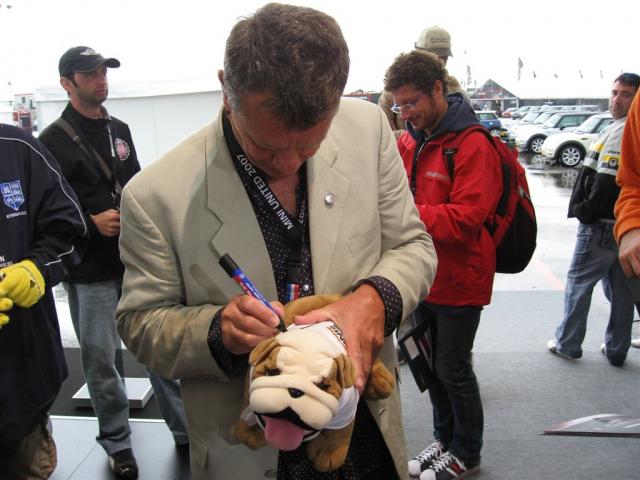