The February 28, 2011 issue of The New Yorker contains a series of three column ads for the MINI Countryman.  Similar to previous MINI column ads, these ads “intrude” upon the surrounding ads and cartoon.  The text of the small ads says simply “MINI COUNTRYMAN. The all-new, bigger MINI.”.  They can be found on pages 25, 27, and 29.

Read about the placing of these ads at WWD.com. 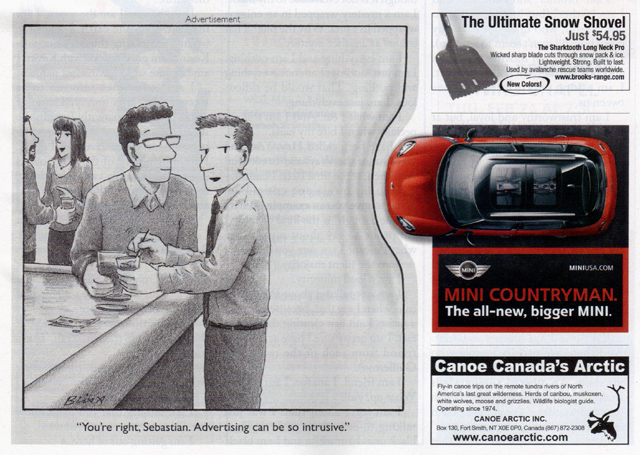 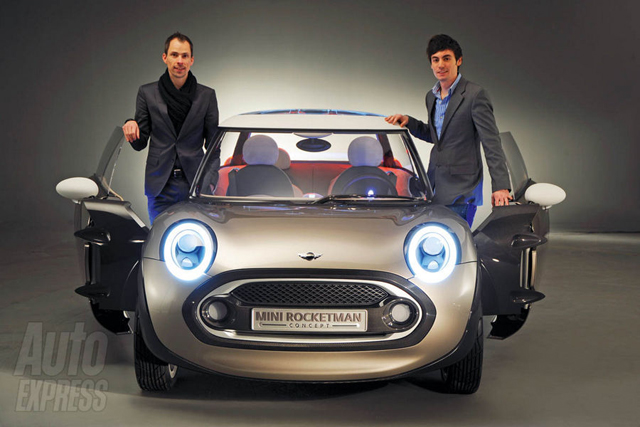 Auto Express was given exclusive access to the MINI Rocketman Concept and published their review with video.

Boasting seats for four in a package not much bigger than the original Sixties model, it’s the mini MINI we’ve all been waiting for. 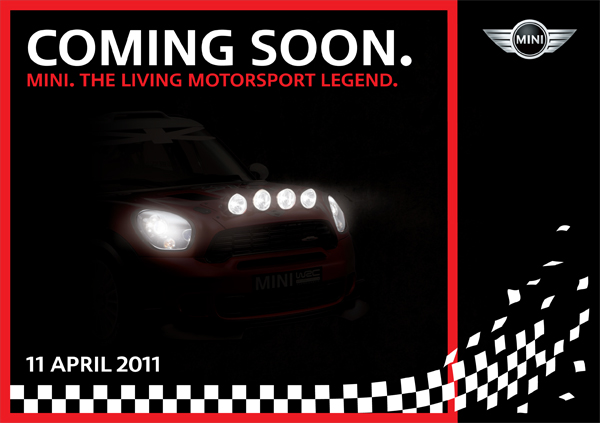 Having already launched a MINI Motorsport Facebook page, MINI has a teaser image on its forthcoming website devoted to motorsport.  Called “MINI. THE LIVING MOTORSPORT LEGEND.”, the site will focus on the World Rally Championship at launch.  The date 11 April 2011 is for the ultimate premiere of the MINI WRC program and the final configuration of the MINI Countryman WRC.

Watch for the new MINI Motorsport website at the-living-motorsport-legend.com. 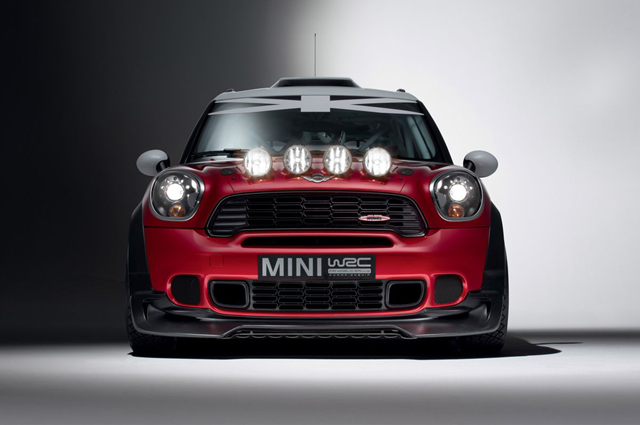 The MINI Rocketman Concept will make its public debut at the Geneva Auto Show on March 3rd, but MINI released information and photos today.  Slightly longer than the classic Mini at 11′ 3″, The Rocketman Concept gives MINI an entry into the expanding city car market.  Innovative features include the “carbon spaceframe”, double-hinged doors, LED headlights and projector taillights, a removable central contol unit (including navigation and music player), illuminated transparent roof, and a “3+1″ seating arrangement.  However, the 18” wheels and required wheel arches depart from the space-saving attempts, as does the boot space taken up by the “drawer”.

MINI has always stood for fun, community, and technology, so it’s not surprising that MINI embraced the Internet and social networking. Not just for marketing, but to connect a community of MINI owners. From the start, MINI USA created an Owners’ Lounge on its website to give owners a place to discuss and show off their MINIs. They have created official blogs and event websites. MINI has also taken advantage of popular social networking sites to reach out to MINI owners, potential owners, and fans.

Twitter @MINI Space – Official Twitter page for the “Creative use of Space. An urban initiative by MINI.” 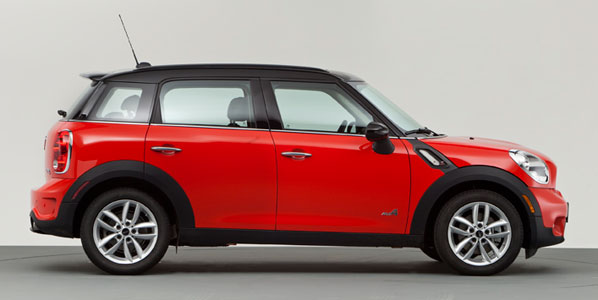 I picked up our new Mini Countryman and delivered it to the test track earlier this week, and frankly came away not quite ready to give up the keys. The largest Mini yet seems a little more grown up than previous Minis on the inside too, and not just in terms of size. Revised audio and climate controls are a little less quirky than previous models, and the ride feels slightly more compliant. But fear not, Mini faithful. The Countryman remains true to the Mini DNA, with familiar styling and an enjoyable driving experience.

The author goes on to give some details of the MINI Countryman and wonders if it is too expensive.

Read the article Just in: Mini Cooper S Countryman ALL4.

This latest MINI Roadster and MINI Coupé spy photo is making its way around the Internet.  What’s new about this photo is it appears to show a British Racing Green II MINI Cooper Coupé (or possibly a MINI One Coupé).  Notice the single, right-side tailpipe.

Despite the MINI Coupé going on sale in as little as 6-7 months, MINI has not officially announced which versions will be produced.  Up to now, speculation has been that the MINI Coupé and MINI Roadster would only be offered as a MINI John Cooper Works and a MINI Cooper S version. 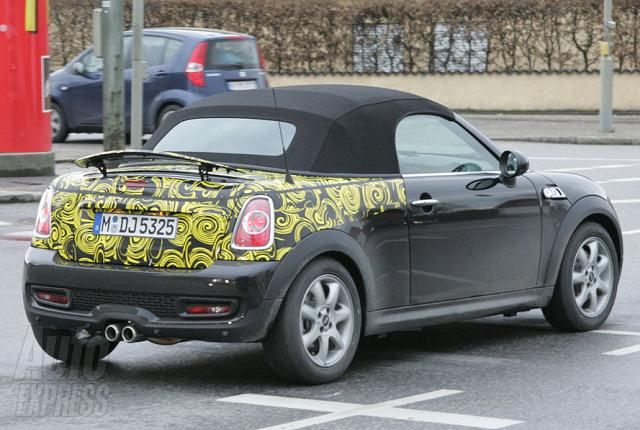 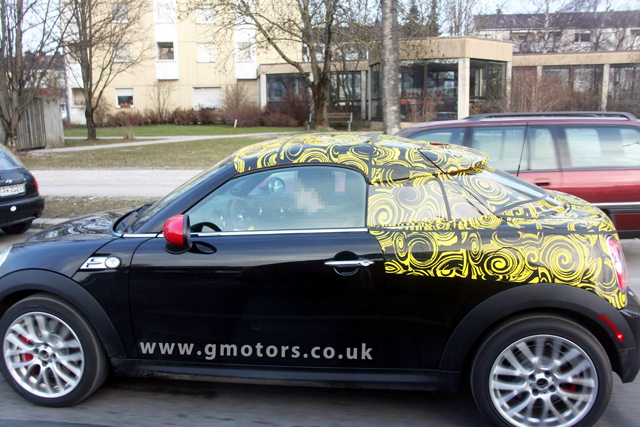